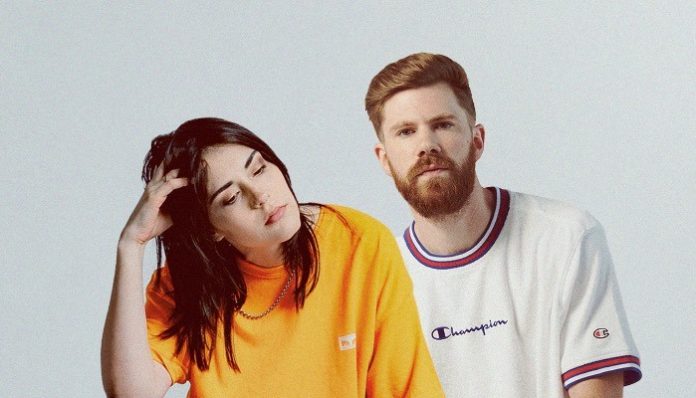 When thinking about previous breakups, it’s easy to focus on what your other did to make things go wrong. In a new collab, pop punk’s Stand Atlantic and pop singer/producer MOKITA dig into their pasts and reflect on how they contributed to their own unsuccessful relationships in “I’m Sorry”.

Stand Atlantic dropped their second full-length Pink Elephant earlier this year. The band also dropped a cover of Juice Wrld‘s “Righteous” in early August. Though they collaborated with Alex Lahey for “Skinny Dipping” in 2019, “I’m Sorry” marks a major collab milestone for the band.

Read more: Grimes was given $90,000 in artist funding and some people aren’t happy

MOKITA dropped his first single featuring Kaptan in 2016 with “Dreamer“. He’s collaborated with a plethora of artists including Lost Frequencies, GOLDHOUSE and others over the years. Known for his relaxed vibes and instrumentals, the singer is used to speaking on difficult subject matters such as depression (“colorblind“) and heartbreak “Ready Yet“. Now with “I’m Sorry,” the artist is doing some self-reflection and reminiscing on previous relationships.

“‘I’m Sorry’ is about dealing with feelings of guilt from a previous relationship,” MOKITA states. “This song idea came about as I was talking to my brother about our past relationships, and especially our relationships in high school, where there’s a lot of regret and shame about how we treated people or how we wished we could do things differently. I think everyone can relate to that sentiment, especially with young love.”

“I wanted to make this song feel especially nostalgic, so when I wrote it, I had this idea of a duet in mind for it. When Bonnie agreed to do it I knew it was going to be special. I was chasing a certain feeling from the onset of the song, and the combination of Bonnie’s vocals and the real drums and organic instruments gave it this comfortable, sentimental energy.”

Stand Atlantic and MOKITA began teasing the collaboration earlier this week by sharing hand-written verses taken from the track.

“Something we’ve never done before is coming,” Stand Atlantic posts on Instagram.

Stand Atlantic vocalist Bonnie Fraser says creating the track was a unique experience. Despite their distance, the artists were able to create a track full of meaning.

“Working with MOKITA on ‘I’m Sorry’ was something really different for us,” she says. “We’ve never really collaborated on a track with another artist before and being in different countries was certainly a hurdle but it was mad to be able to do something so out of our usual circumstances and direction.”

“This is a song about wanting to right a wrong with a past significant other but not really knowing how to do so because you’ve both moved on. There are parts of you that may still carry some of the guilt, and I guess the best way to signify and own it is to put it into the airwaves if you can’t communicate with them directly.”

Check out the music video for Stand Atlantic’s and MOTIKA’s “I’m Sorry” below.