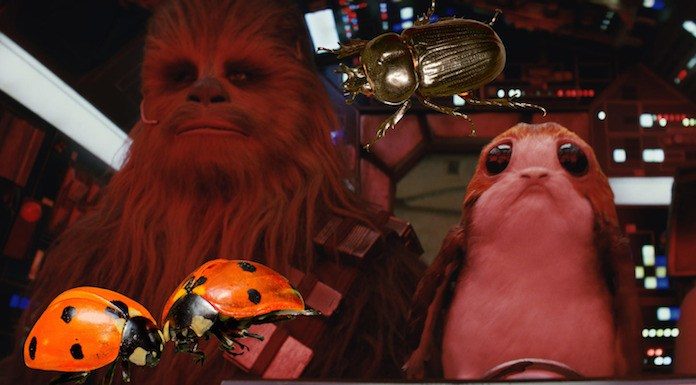 There’s a fascinating post at Bored Panda that presents an assortment of insects resembling various Star Wars characters. And creator Richard Wilkinson reportedly gets inspiration for the collection from the fanatical nature of the modern world.

Not to mention, Arthropoda Iconicus Volume I: Insects From A Far Away Galaxy, Wilkinson’s upcoming book, takes a look at insects through the lens of what is “perhaps the most widely recognized” mode of obsessive fandom, Star Wars fandom.

Read more: Your first look at the new ‘Halloween’ movie

“The human urge to classify and collect enables us to understand and explore the universe,” writes Wilkinson. “But that same impulse also makes us fanatical about the things we love from the modern world.”

Correspondingly, the insects created by the artist each represent different manners of the movie franchise’s universe. “Each insect looks subtly like a character, creature or vehicle from our favorite space opera,” he adds.

Just take a look at “Dokk Volgatus,” an insect that bears a striking resemblance to everyone’s favorite Dark Side defector, Darth Vader. However, other bugs in the Star Wars-as-insects book may not be as instantly recognizable:

Buggy ‘Star Wars’ bestiary and beyond

And that’s not all Wilkinson has planned in regard to insects and entertainment. According to the Bored Panda article, he wants to also explore the worlds of “Pokemon, Superheroes, Ghibli, Sanrio and Disney” in relation to aphid attributes.

The topic of fandom is a hot one right now, as evidenced in today’s Wired piece that examines the often “toxic fandom” of full and fervent fanbases such as those in the Star Wars fold. But, hey, I mean, bugs can’t see movies, right?

Feelin’ buggy? Sound off in the comments below.