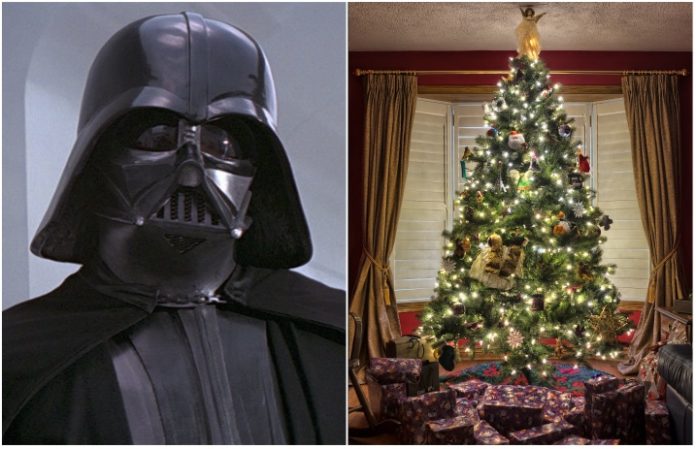 Merry Christmas from a galaxy far, far away, y'all! You'll never feel the (holiday) Force quite like you will when watching this vivid, Star Wars-themed Christmas light show that's poppin' off down in Texas. Check it out below!

Johnson's no stranger to larger-than-life light shows: He and his family were featured on Season 2 of ABC show The Great Christmas Light Fight in 2013—and he's since taken his talent to the masses, building these spectacular Christmas light displays with his company, Living Light Shows.

And Johnson's already thinking about next Christmas, since these shows take so long to put together. He tells EW that his EDM-ish Star Wars light display took a staggering eight months to produce the effects, nearly the same amount of time to program, and about five weeks to install. Yowza!

Want to enjoy this dubsteppin', Star Wars-y light show in person? Well, if you're anywhere near south-central Texas, get on down to Dignowity Park in downtown San Antonio, where the display's running nightly from 6 p.m. to 10 p.m. CST until New Years Day. And may the Force be with you!