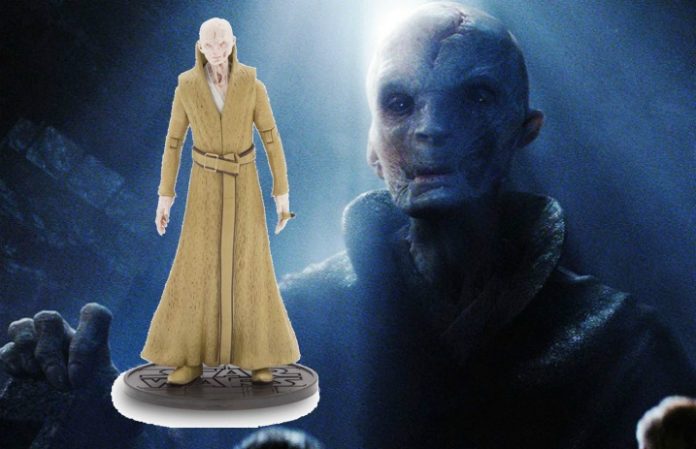 Star Wars fans are getting amped up for this winter's release of Star Wars: The Last Jedi, the second film in the franchise's sequel trilogy. Now, a new Star Wars toy may reveal a previously unknown plot device from the upcoming movie.

Read more: This Millennium Falcon set is LEGO's most expensive ever

As reported by NME, a new figurine of Supreme Leader Snoke—issued last week as part of Star Wars' “Force Friday” toy release—is calling fans' attention to one particular detail that may weigh on the storyline in The Last Jedi.

The Disney Store's die-cast Snoke figure has the First Order chief wearing what appears to be a “black kyber crystal ring,” as highlighted by Nerdist. And guess what? Kyber crystals are used for building lightsabers in the Star Wars universe.

This means that ol' Snoke could potentially create a lot of chaos for the New Republic in December's The Last Jedi, with some speculating that Snoke may bust out a never-before-seen black lightsaber in the new movie. Oh my!

Take a look at the new Snoke toy below. You can get one as part of the Disney Store's Star Wars: The Last Jedi Deluxe Figure Play Set for about 25 bucks.

The Last Jedi hits theaters in the U.S. on Dec. 15. Let us know what you're anticipating from the new Star Wars film (and Snoke) down in the comments!