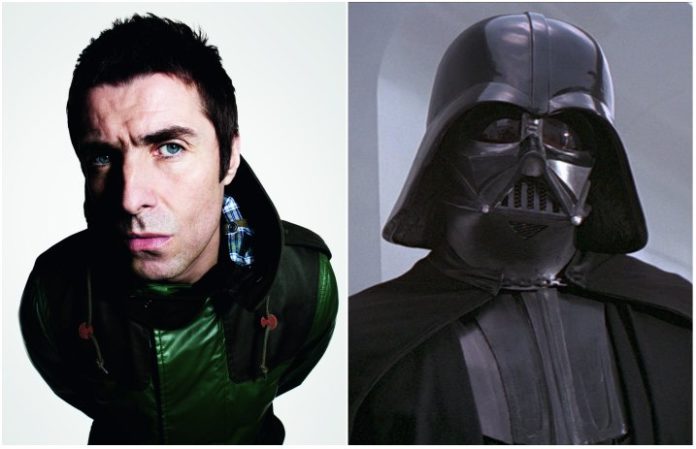 Can you imagine what the Empire would be like if it were headed up by ol' Beady Eye himself, Liam Gallagher? Thankfully, we don't have to wonder, as this video posits a Star Wars in which Darth Vader is voiced by the former Oasis singer—and the results are hilarious. Watch below.

Gallagher's given us a wealth of amazing one-liners over the years, thanks to his no-holds-barred Twitter profile and edgy media interviews, and, hey, Lord Vader's definitely not one to mince words, either. Following Bad Lip Reading's uproarious vids of Star Wars synch-ups, YouTuber VOOLIGANS took some dynamite Gallagher quotes and dubbed them in for the evil Jedi's movie dialogue. We can't stop laughing, mates!

As you fucking were: