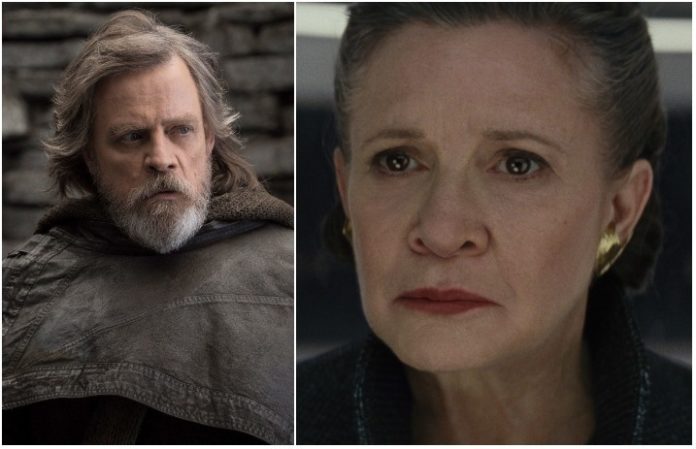 Mark Hamill has offered a touching tribute to his Star Wars: The Last Jedi co-star Carrie Fisher on the one-year anniversary of her death—see it below.

Read more: Here's why porgs exist in 'The Last Jedi'

Fisher died a year ago today, Dec. 27, 2016, four days after suffering a heart attack aboard a transatlantic flight. She was 60. On Wednesday, Hamill took to Twitter to salute her: “No one's ever really gone,” he wrote, posting some pics of the Star Wars pair—including a more recent snap of the two in their Last Jedi garb as Luke Skywalker and Princess Leia.

Of course, those who've seen The Last Jedi—slight spoilers ahead—will recognize Hamill's tribute as a line from Skywalker and Leia's final meeting in the film, as noted by UPROXX. In the particular scene, he says the piece to Leia, giving her Han Solo's gold dice chain as a memento.

One of the pics posted by Hamill—a regal-looking, artistic rendition of Fisher with her beloved French bulldog, Gary—was created by artist Lindsay van Ekelenburg. Check out Hamill's Twitter tribute to Fisher here: