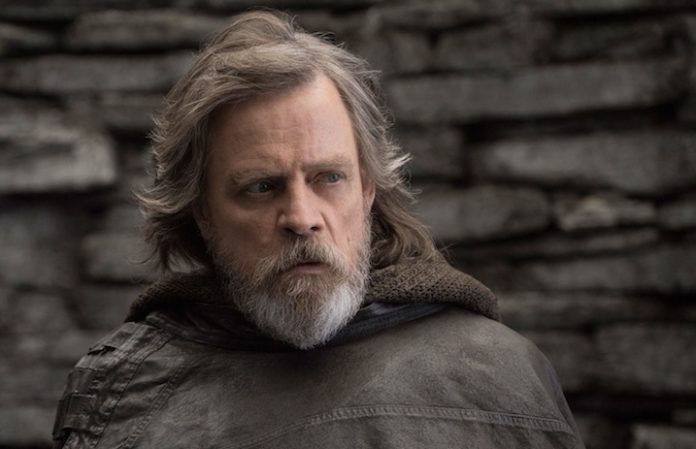 The Star Wars universe is always full of surprises! It looks like actor Mark Hamill didn't just return to his iconic role of Luke Skywalker in the recently released Star Wars: The Last Jedi, he also low-key played another character in the blockbuster space odyssey. So what was Hamill's additional role?

“I don't know what you’re talking about,” Hamill coyly responded to Entertainment Weekly when asked about his under-the-radar Dobbu Scay portrayal, “I'm not telling. I like playing the mystery of it all.” The Star Wars veteran eventually dropped the charade, however, admitting that he wanted to wait and see if anyone picked him out in the clandestine depiction.

“I said I'd love to do a CGI thing, and he said sure,” Hamill revealed of playing the Easter egg personified—with the help of costume designer Mark Kaplan. “And I got to go to the set of the casino and see in detail 150 extras in jaw-dropping costumes.” (Kaplan added it was actually “two hundred” extras.)

For those wondering exactly what this covert Hamill creature looked like, here are a couple of pics showing the character—and the credits roll—as found in a thread on the Science Fiction & Fantasy Stack Exchange:

Interestingly, the character's name, Dobbu Scay, has an amusing double meaning: It's an anagram for Bob Duscay, The Last Jedi's film editor.

Have you seen Star Wars: The Last Jedi in theaters yet? Were you aware of Mark Hamill's secretive double role in the epic Episode VIII? (Also, does anyone actually stay to watch the credits in movie theaters anymore?)

Man, what can't Hamill do? After all, amid the Last Jedi's release hype, he still had time to straight-up pwn politican Ted Cruz for his “smarm-spaining” on Twitter this week, as noted by the Boy Genius Report:

.@HammillHimself Luke, I know Hollywood can be confusing, but it was Vader who supported govt power over everything said & done on the Internet. That's why giant corps (Google, Facebook, Netflix) supported the FCC power grab of net neutrality. Reject the dark side: Free the net! https://t.co/nARkMvIEYk