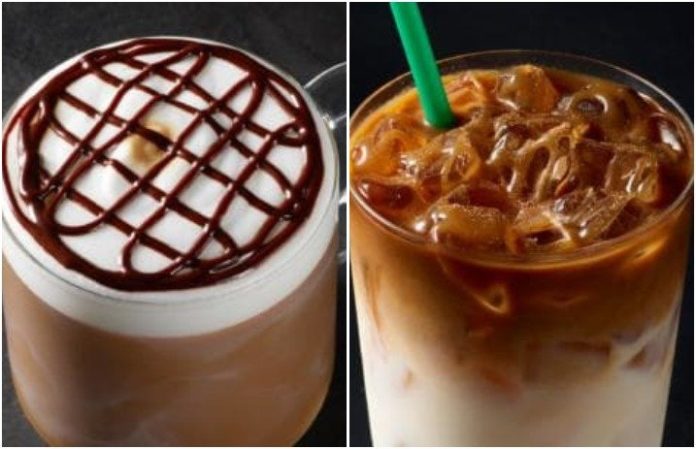 Spring is slowly approaching, and for the coffee lovers around the world, it's also the time to get our hands on new Starbucks drinks. While fall is still the best time to get our seasonal coffee favorites, spring is seriously stepping up its game—especially with the announcement of two new drinks that will be available this week.

One of the most notable drinks that Starbucks will be releasing is a drink that's taking some inspiration from another fan favorite: Nutella.

As reported by Teen Vogue, the Hazelnut Mocha Coconut Milk Macchiato is a blend of Sumatran coconut milk mixed with hazelnut syrup and espresso. To top off the drink, which you can get iced or hot, will be a mocha drizzle. The best part? It's completely vegan, even the mocha drizzle on top.

That chocolately-hazelnut delight in a cup isn't the only flavor that Starbucks will be featuring this spring.

Starbucks has also unveiled one inspired by Horchata called the Cinnamon Almond Milk Macchiato. This drink is a return for the coffee giant. According to Starbucks, this drink is a delicious-sounding blend of espresso roast, almond milk and cinnamon dolce syrup. It's topped off with a caramel criss-cross design and a sprinkle of cinnamon.

Yeah, both of these options sound seriously delicious, and it looks like people on Twitter agree, with some even thinking these new drinks make for a life-changing experience.

The new Starbucks hazelnut mocha macchiato is BOMB. It tastes like Nutella and it’s made with coconut milk so I can drink it ������

Just got Starbucks like I do every morning but today I got that new drink. The iced cinnamon almond milk macchiato and I swear to god that I took one sip and it changed my life forever. Where has this been my whole life. I’ll never be the same. �� #itsthatgood

Have you tried any of the new Starbucks drinks? Are they really worth the hype? Let us know below!