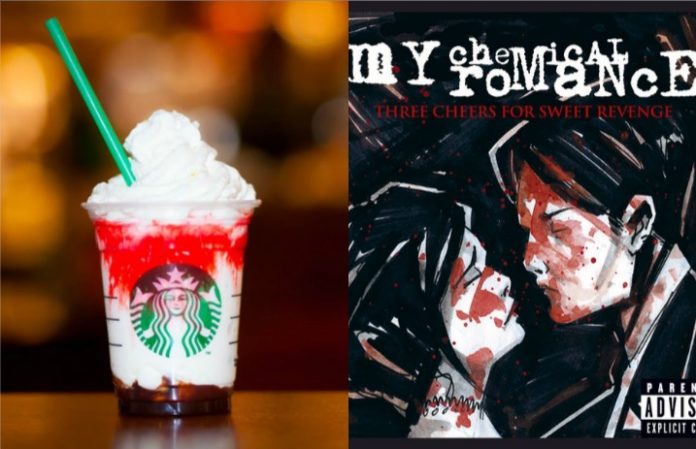 In light of Halloween, Starbucks is gearing up to debut their Dracula-influenced beverage, the Frappula Frappuccino. As you can see in the photos above and below, the drink’s colors are incredibly reminiscent of the scheme for My Chemical Romance’s Three Cheers For Sweet Revenge album.

The Frappula Frappuccino is set to debut at Starbucks locations in the United States from October 28-31.

So, while you’re getting in the spooky spirit this weekend, stop in, grab a fright-filled frap and blast MCR the entire time. Is there really a better way to spend Halloween?