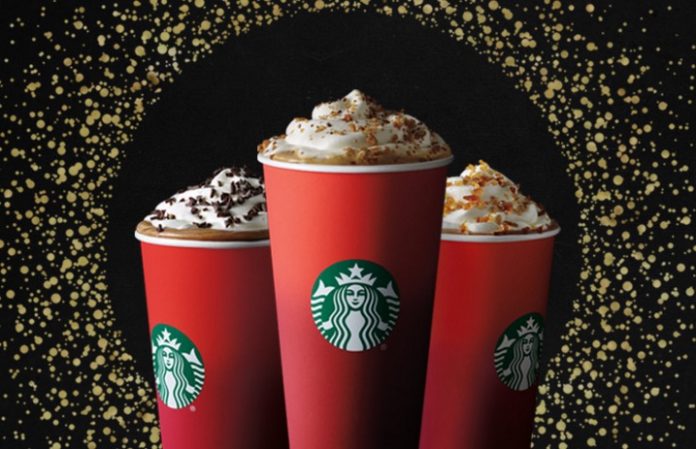 Halloween is over, so that must mean it’s Christmas, right? That thought process certainly applies to Starbucks, as the incredibly popular coffeehouse chain has rolled out their beloved line of red cups and holiday drinks.

Even though you’re still coming down from your Halloween candy-high, you can head to your nearest Starbucks location and pick up a Chestnut Praline Latte,  Caramel Brulée Latte or a classic Peppermint Mocha, among other holiday favorites.

As you can imagine, the internet has responded to the launch in all sorts of ways. And thanks to a new, Twitter-exclusive #RedCup emoji, everyone can celebrate.

#RedCups Look at it. LOOK AT IT.

And with the arrival of Starbucks #RedCups Santa's elves wake up from our 10-month hibernation to realize that crap, we're still drunk.

#RedCups at @StarbucksCanada means that I can go home and watch Love Actually tonight, right? pic.twitter.com/zpu54Dg8oE

#RedCups Back God Is Good

It's #RedCups season and I can hear my wallet crying in the distance.

“Wherever you find love, it feels like Christmas” #RedCups #52days pic.twitter.com/VtP42ySzjb