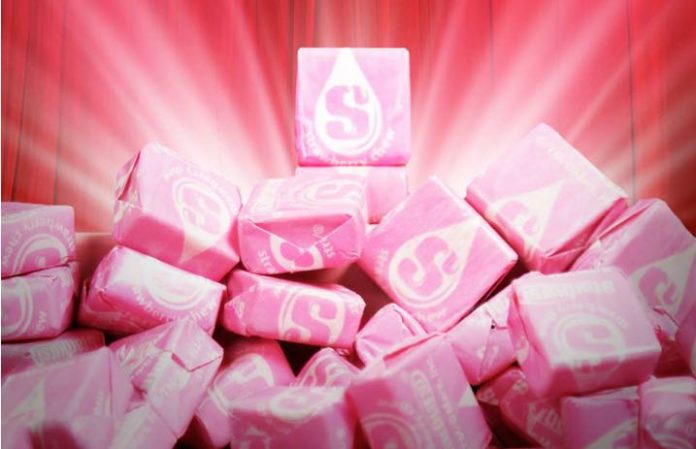 Finally. No more annoying your friends by hijacking all the pink Starburst behind their backs.

The candy company has announced all-pink packs, a limited edition special coming to a store near you this April.

Read more: Get married at this Taco Bell for $600

As Teen Vogue points out, the release is timely—Easter's unofficial, but basically official, color is pink after all.

Is there a better compliment than being called a Pink Starburst? #NationalComplimentDay pic.twitter.com/kldPopFBQV

The limited edition godsend will hit Walmart, Walgreens, Target and Amazon (bulk-order, anyone?) and are available in a single stick or a large bag.

USA Today adds that Starburst released its FaveReds, which is a mixture of pink and red, back in 2008.

Our #TuesdayMotivation always remember you're the pink starburst! �� pic.twitter.com/fPTQogVelE

“While everyone has a favorite flavor or color of Starburst, pink has always risen to the top for our fans,” says Starburst Spokesperson Michelle Green. “From memes about relationships to sharing photos of excitement when getting a pink Starburst, over half of all references to Starburst on social media are about pink Starburst.”

Feel free to discuss in the comments.