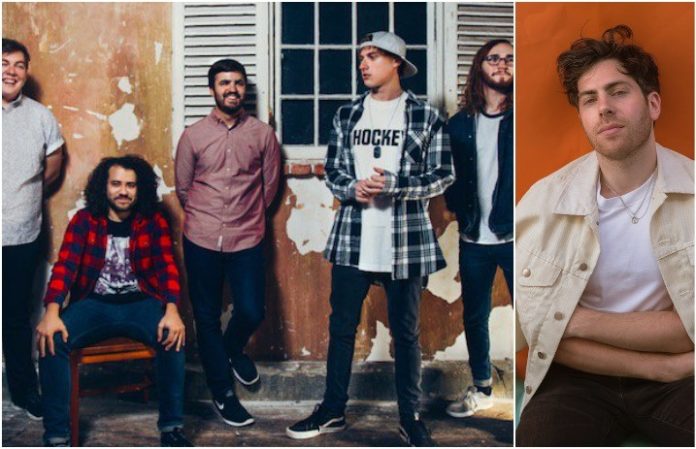 Pop punk favorites State Champs packed the energy on rapper Hoodie Allen's new album The Hype, and you can hear their collaborative track, “All My Friends,” now.

It's no surprise that the track is a total bop—and just as cool as their cross-genre friendship.

Read more: 10 State Champs choruses you can’t get out of your head

Allen broke the news on Twitter last week, posting the entire tracklist for The Hype, where the song “All My Friends” is listed along with credits to State Champs.

“I met the guys at Reading and Leeds last summer, which turned into a crazy two nights of partying and immediate friendship,” Hoodie Allen explains. “It was just a bonus that they happen to be an awesome band.”

While he was putting his new album together, Hoodie Allen knew there was a track that was influenced by the likes of Good Charlotte, Weezer and “everything outside of rap that I was vibing to through my teen years.” He knew he wanted a collaborations, and the State Champs guys were a perfect fit.

“I knew I wanted to work with Champs and make it a true collaboration between what I do and what they do,” Hoodie Allen says. “I knew Derek could kill it vocally, but it also needed to feel like a melding of two worlds, so we took the demo and spent two days together in NYC making it feel right. I'm so happy with how it came out, and my favorite part is the pop punk breakdown.”

Was there any tension between the two genres?

Nope, none at all. Hoodie Allen explains that the process was hugely mutual, and the track is a banger because of it.

“They are very fun dudes to be in the studio with,” Hoodie Allen says. “Everything really flowed and they really looked out for what they thought was best for the song mutually. It wasn't just about one style over another.”

Not to mention, the Champs guys had a great time working with Hoodie, too.

“Working with Hoodie was really cool for us,” State Champs' Tyler Szalkowski told us. “We've never done a collab with a rapper, so we didn't really know what to expect. It was fun to watch how he works and learn a different approach to songwriting. He made the whole thing easy and let us do our thing on it. The result is pop-punk rap powerhouse of a track. No other way to describe it!”

And we couldn't agree more.

Give “All My Friends” a listen below:

Hoodie Allen's The Hype is out now.

What are your thoughts on State Champs' rap crossover? Let us know in the comments below!