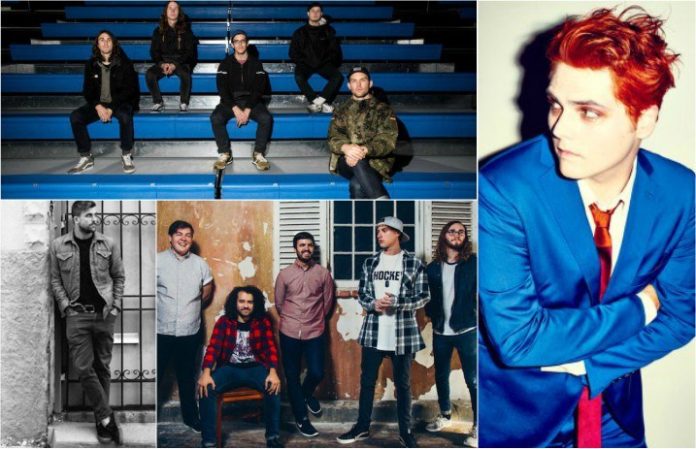 Anthony Green has solo show, Knuckle Puck and State Champs add more tour stops and other news you might have missed today.

Read more: A thief tried to steal a band’s RV—while they were in it

We’ve added shows in Amsterdam, Paris, and Antwerp with @KnucklePuckIL and @StandAtlantic! Tickets on sale this Friday at 10am. pic.twitter.com/VUNq8sQiuu

Knuckle Puck and State Champs added three more cities to their tour European tour. The tour lasts from May 17-28. Check out the new dates and cities below.

Oh— had to share—check this out. Official Milkwars milk carton, made by the lovely folks at DC Comics. I believe local shops that ordered the books get one of these, so I imagine they are pretty rare. Beautiful though. Maybe I’ll end up with some I can give away. #milkwars #dccomics #dcyounganimal #milk #milkmanman

Gerard Way is feeling extra special today. With the release of Milk Wars, he got his own “Milk Wars” milk carton from DC Comics.