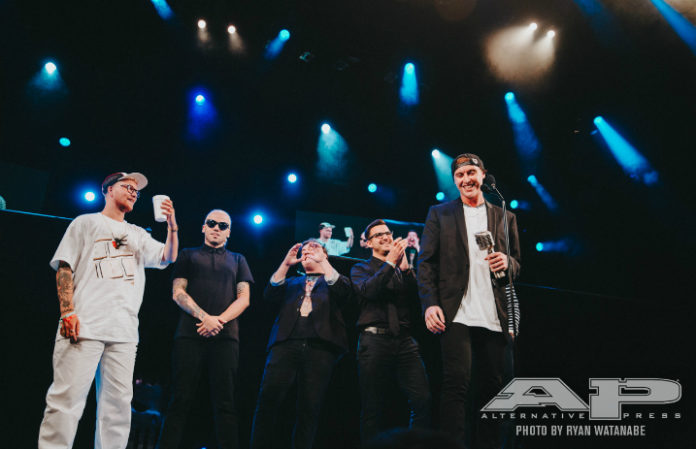 State Champs’ “Losing Myself” has won Music Video Of The Year, presented by Journeys, at the 2017 Journey’s Alternative Press Music Awards, Fueled By Monster!

“Thanks to our crew, these guys, and to everyone who voted. This is for you!” said Derek DiScanio.

In the summer-ready video for “Losing Myself,” State Champs come off quite convincingly as seasonal waterpark employees in this perfect send up of faux “destination” commercials. Give it a watch below!

The band released Around The World And Back in 2015, with the deluxe version of the album making its debut back in May.