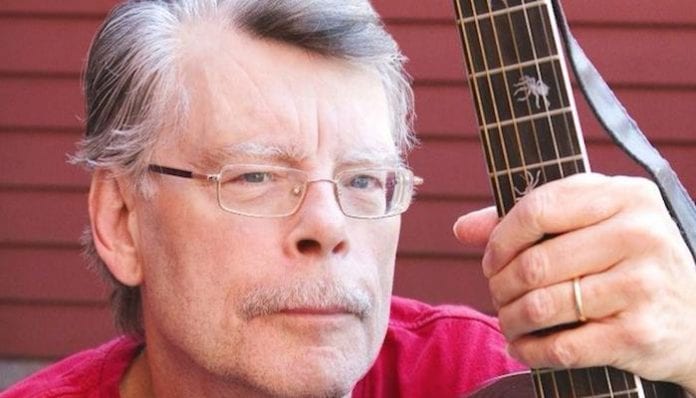 Stephen King‘s fantasy novel The Eyes Of A Dragon is being adapted into a TV series by Hulu.

The novel was written by King in 1984 and built on the mythology from his book series, The Dark Tower.

For any King diehards out there, The Eyes Of A Dragon shares a character with his classic novel The Stand which also ties into The Dark Tower.

According to Deadline, Hulu has acquired the rights to create a pilot for the series with Seth Grahame-Smith working as the series showrunner.

“I am so excited to be working in the world of Stephen King with Hulu, which has such a terrific track record with Stephen King adaptations,” says Smith.

“The goal for this series is to feel unlike any Stephen King adaptation before, with this rich underlying source material, and the only true fantasy book he wrote that has kings and swords and princesses. We will honor the spirit of the book and the legacy.”

Like most King adaptations, we couldn’t be more excited to see how this turns out.

Last year, it was announced The Dark Tower book series was getting rebooted as a TV series following the awful 2017 movie adaptation. The Amazon-led show will possibly follow the source material closer instead of tying in with the movie as originally intended.

It was also revealed that The Walking Dead‘s Glen Mazzara had been named as the new Dark Tower series’ showrunner.

King fans are also eagerly awaiting It: Chapter 2, which hits theaters Sept. 6. The official trailer was just released last week which you can watch below. King himself revealed he’s in love with the film which isn’t always the case for the horror legend.

Are you excited to see The Eyes Of A Dragon as a TV series? Let us know in the comments below.