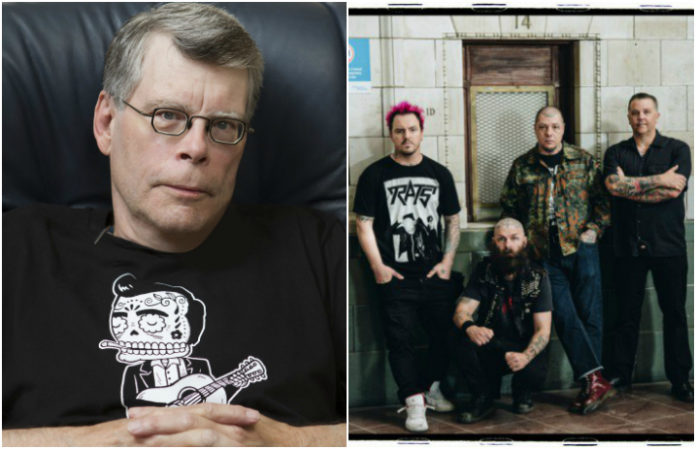 It turns out that the king of horror—Stephen King—is a punk fan. In fact, he was spotted at a Rancid gig, and we are living for it.

King took to Facebook to say just how great the show in Bangor, Maine was—with performances from Stiff Little Fingers’ Jake Burns, the Bouncing Souls, Dropkick Murphys, and “the incredible guys in Rancid.”

According to the photo shared on Twitter, it appears as though he had quite a nice time (and enjoys dad hats like the rest of us!):

.@StephenKing was spotted rocking out at a @Rancid concert (!) last night: https://t.co/dc7USiBqQq pic.twitter.com/A2HQfGgeWP

And as Consequence Of Sound pointed out, he’s been a fan of the band for awhile now—back in 2014, he shared on Twitter that Rancid's album that was released that year, …Honor Is All We Know, is “a post-punk classic.” And the band responded with a “Wow! Thank you Stephen.”

The new Rancid album, HONOR IS ALL WE KNOW, is a post-punk classic. Streaming free, too. Very cool.

Would you have guessed Stephen King is a Rancid fan? Let us know in the comments below!