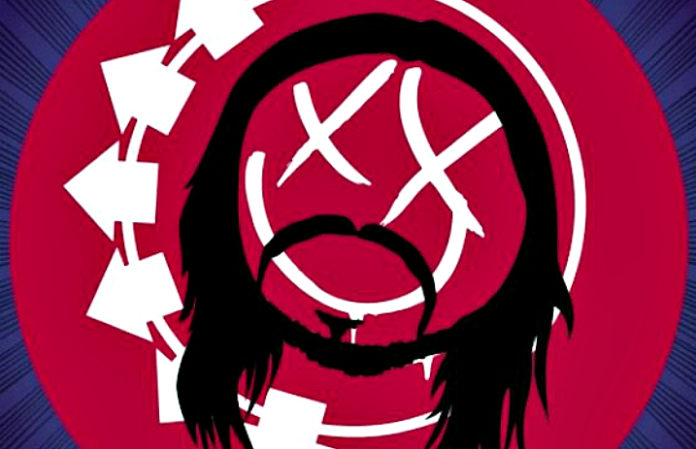 Watch the remix's clip, which intertwines scenes of Aoki's live shows and Blink-182's iconic music video for the track, below. Leave us a comment with what you think!

Read more: Fall Out Boy join Steve Aoki in sci-fi video for “Back To Earth”

Aoki, who stars in the Netflix documentary I'll Sleep When I'm Dead, tells Rolling Stone about his past with Blink-182, adding they're one of his favorite bands.

“I was in college at the time, sophomore year at UCSB 1996-97, and a roommate of mine was blasting Cheshire Cat in the vegan co-op I was living in,” he says. “That was my intro to Blink-182. Their songs become undeniable sing-a-longs with the most relatable lyrics. They are extremely cool dudes in general, and I love working in the studio with people so dedicated to their craft. I've been a long time fan before becoming friends with them. Once the door opened to work on music with [drummer] Travis Barker back in 2010, we did a lot of collaborative music together and it was always a dream to work with Blink-182 in any way possible.”

He continues, “Once I heard they were back together working on this album I had to get in Feldmann's studio with them and chop it up. The first thing I could get my hands on was the stems to 'Bored to Death,' so I went to work immediately on this remix. The thing is, I love every song on the new album and I’d probably remix all of them because I'm that much of a fan boy. I wanted to make a fun, crazed out drop that would make kids go wild to this song at my shows. It's definitely the peak moment for me in my sets when I want the energy level at 11.”

“I play this remix in every DJ set around the world, and I always stop the music to let the crowd know that Blink-182 is one of my favorite bands in the world – because they are.”

Aoki's friend and past collaborator Barker adds, “I have played drums on some of his past remixes, and we have done live TV together as well. Any chance I can get to play with one of my brothers or have him remix something I have worked on, I am all for it. When 'Bored to Death' came out, it just seemed like the next natural thing for us to do together.”

“Bored To Death” was the lead single off Blink-182's most recent album, California.

Singer and bassist Mark Hoppus mentions to Rolling Stone, “So stoked to have Steve's remix of 'Bored to Death' released to the world.”

“We've been talking for a couple of years about collaborating on a track together, and all of our schedules finally aligned. He came to the studio we were recording California in for a couple of days, bounced some ideas back and forth, and he took the song back to his studio and worked his magic there,” he continues. “I really dig what he did with the track, took it to a whole different place. He's at the top of his game, and we're proud to have a song in his arsenal.”

“Steve is one of the most talented and hardest working artists I know, and approaches everything with a sense of joy and excitement. Cake me,” Hoppus concludes.