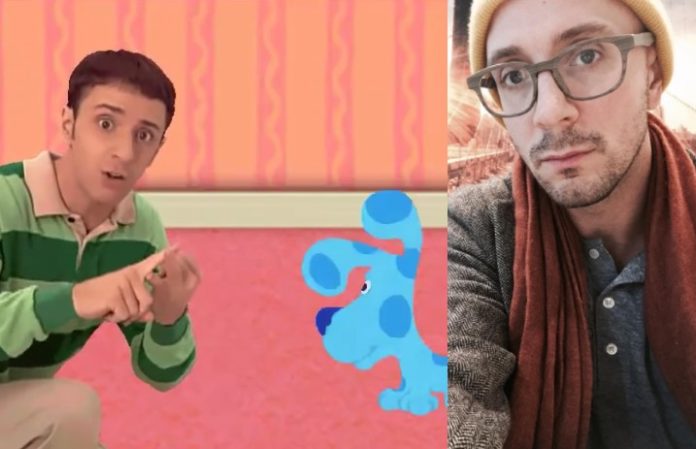 If you were a child in the late 90s to the early 2000s, you probably have fond memories of turning on Nickelodeon and watching Blues Clues. You'll also remember how bonkers everyone went when Steve left the show in 2003.

From rumors that he died to rumors of drug problems and that he wanted to start his own music career, the reason Steve turned in his green-striped shirt remains a mystery. Until now.

In an interview with the Huffington Post, Steve Burns finally confirms the reason he left and it's not as rockstar as you'd hope. “I left the show because it was just simply time to go. I was pretty much playing a boyish, older-brotherish kind of character on the show,” Burns says. “I was getting older; I was losing my hair; a lot of the original gangsters on the show, like the people who created it, were all moving on to other careers. It just felt like time. I just had a gut feeling like it was time to go.”

Burns does have a music career, writing and singing children's songs naturally, but insists it came after his departure and wasn't the reason he left. “I certainly wasn’t leaving Blue’s Clues to pursue a large music career because that never even happened,” Burns says. Surprisingly, he's now jamming out with the Flaming Lips' Steven Drozd.

Check out their first song below and let us know in the comments if you're relieved Steve isn't dead.