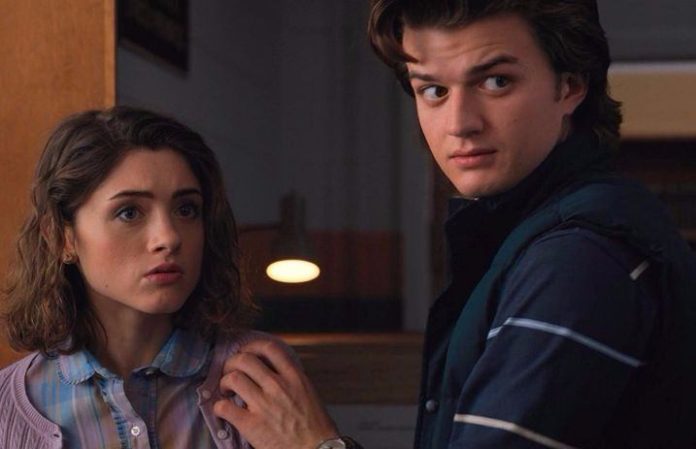 When he's not poofing up his glorious hair for his role as Steve Harrington in the Netflix show Stranger Things, actor Joe Keery also spends his time drumming in the psych rock band Post Animal.

Read more: This fan theory shows how ‘It’ and ‘Stranger Things’ might be connected

The Chicago band has some serious psychedelic Tame Impala vibes, with plenty of synth and ambient vocals. Check out their EP Post Animal Perform The Most Curious Water Activities below.

Keery isn't the only actor in Stranger Things to be involved on the music scene. Child protagonist Mike Wheeler is played by actor Finn Wolfhard, and Wolfhard also appears in the music video for “Guilt Trip” by punk band PUP. Ironically, though Wheeler is bullied in the Netflix series, he plays the role of a bully in the PUP video. Impressive acting skills.

Plus, Wolfhard recently joined SWMRS onstage for an epic performance earlier this year, and Noah Schnapp joined Panic! At The Disco onstage back in March for “LA Devotee,” which he happened to star in the music video for as well.