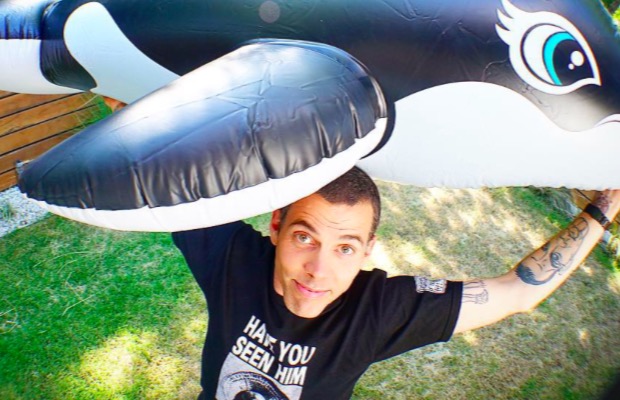 Last night, Jackass star Steve-O was arrested after climbing a crane and lighting off fireworks at a SeaWorld protest in Los Angeles. The day before, he had shared an image on Instagram with the caption, “This is Shammy. We're gonna do a big dangerous stunt tomorrow in Los Angeles that will probably get me in a lot of trouble, and you can watch it happen at 7:00 p.m. PST via a live stream on my Facebook page.”

After finishing his stunt and climbing down from the crane, Steve-O was placed into custody by police. He faces several charges, including conspiracy to commit trespassing and filming without a permit.

According to the Associated Press, law enforcement were not sure if the act was a suicide attempt, so 80 firefighters, five ambulances and a helicopter were all positioned at the scene. “Some of the resources on this hoax could have been devoted to a real emergency,” a fire department spokeswoman said. Apparently, the stunt forced emergency crews to divert their attention from a crane operator that was in need of medical assistance in the city's harbor.