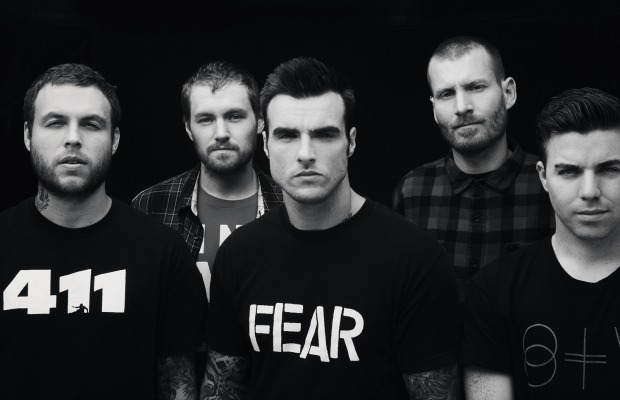 Earlier today, A Day To Remember dropped a surprise, stand-alone single, titled “Paranoia.” Fans quickly began pointing out similarities between the track and Stick To Your Guns’ “What Choice Did You Give Us?”

Read more: Is this One Direction song ripping off New Found Glory?

a day to remember song is good, but would be better if it wasn't essentially a stick to your guns riff. Still like it though.

Stick to your guns? https://t.co/QBf5ysnlbi

STYG addressed the claims in a response to a fan's question on Twitter, which asked, “@STYGoc how does it feel to lay the foundation for ADTRs new song? Thoughts?”

First, they answered with a GIF:

Then, however, they leveled and gave a straight answer:

@wlasandman for real though, no weird feelings or anything. We're probably more than guilty of borrowing a Hatebreed trick or two.

You can listen to both “Paranoia” and “What Choice Did You Give Us?” below.