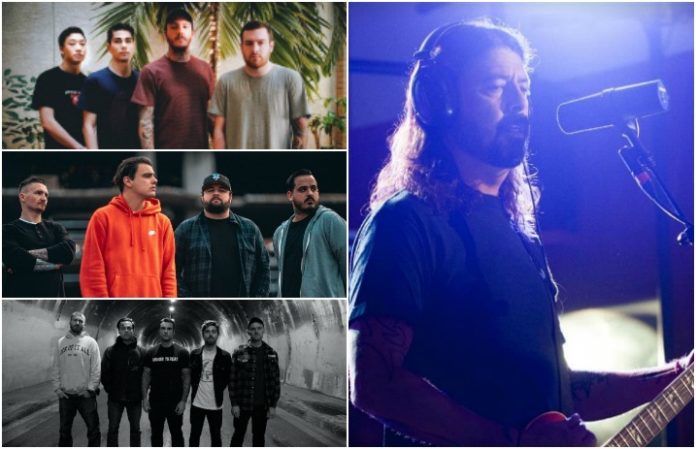 Watch a new music video from Stray From The Path—plus, don’t miss Stick To Your Guns' new single and FYA Fest's lineup.

Read more: Get goosebumps while listening to music? Here’s what it means

1. Stick To Your Guns debut resilient new single, “Married to the Noise”

Guitarist Josh James had this to say about the new album, “I really wanted to intentionally create an album that sonically reflects the feeling of modern life: depression, anger, fear, hope, happiness, forgiveness and clarity. A feeling of breaking through the dark shit in life and the journey of the struggle that ends up elevating you to a new, smarter, stronger, better version of yourself,”

True View will be hitting stores and our hearts Oct. 13 via Pure Noise. It’s available for preorder here.

2.  Things get seriously weird in the desert in Stray From The Path's new video for “Only Death Is Real”

This single is the title track of Stray From The Path's newest album which will be released on Sept. 8 through Sumerian Records. You can preorder it here.

3. Foo Fighters killed it at the Radio 1 Live Lounge

It was the perfect mix of classic and new as Foo Fighters performed “Best Of You” and “Sky Is A Neighborhood.” Their ninth album, Concrete and Gold, will be officially released on September 15. The band will also be featured on PBS' Landmarks Live in Concert on Nov. 10.

4. FYA Fest 5 announced the lineup and we already want to go

Year 5 – tickets/link for tickets will be posted Friday at noon pic.twitter.com/v0jqKZH1KX

The fifth FYA Fest in Tampa, Florida has officially released their lineup and we're totally drooling. Some of our favorites on the lineup include Agent Orange, Chain of Strength and Infest. Tickets will be going on sale this Friday (9/8)

Frontman Brendan Murphy had this to say about the single, “Swim Beneath My Skin' is a song about how we allow ourselves to be so vulnerable it feels like another human being is literally making their way through your body. It's often terrifying but for me, it's necessary.”

Their newest album, You're Not You Anymore, will be released September 22 through Pure Noise Records. You can preorder that album here.