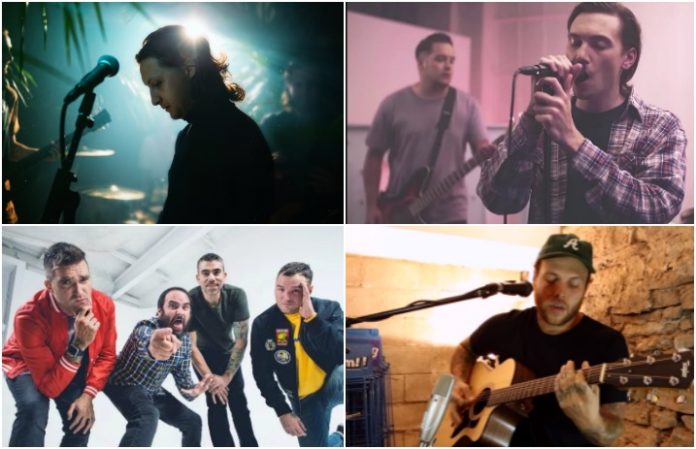 Stick To Your Guns give an incredible acoustic performance, Grayscale breaks 1 million plays on Spotify and Ghost Atlas debuts a new single. Check out all of this and other news you might have missed today, below.

Read more: You can listen to music on YouTube and still use your phone-here's how

Ghost Atlas is the alt-rock persona of ERRA's Jesse Cash, who's full-length album All is in sync and there's nothing left to sing about drops independently on Nov 17. Check out his newest single “Mirror Room” which aired on BBC Radio 1 below and be sure to pre-order the album here.

2. Stick To Your Guns give acoustic performance of “The Reach for Me: 'Forgiveness of Self'”

Stick To Your Guns' Jesse Barnett performed the track in the basement of the Exclaim! office, and it has us eager for a full acoustic EP. Give the track a listen below!

3. New Found Glory give us a glimpse at what it's like to really play a gig

New Found Glory recently uploaded a video titled “Live in London” which features five songs from their Sticks And Stones/Self-Titled album show at Kentish Town Forum. Raw footage and a sick crowd make this one video you HAVE to watch.

Morning Breath, Inc. is a Brooklyn-based boutique design studio whose collaborators include many top-name artists like Brand New, Jay Z and Foo Fighters. “By the Skin of Our Teeth: The Art and Design of Morning Breath” is a visual history of the studio available for pre-order on Amazon.

By the Skin of Our Teeth: The Art and Design of @morning_breath, the artists behind our packaging and designshttps://t.co/VzWsadpSEC pic.twitter.com/zLKiAdCB4G

After hearing their track “Let It Rain” during Sunday Night Football last night, Grayscale have even more to be excited about as their track “Atlantic” breaks 1 million Spotify plays!

Our song “Atlantic” hit over 1 million views on @spotify. We are speechless. Thank you �� pic.twitter.com/MwfbqIEXA4

Stereogum transformed their stage into a creepy display of Halloween epicness, making it the perfect setting for Chris Farren and Jeff Rosenstock to perform a cover of Rob Zombie's “Dragula.”