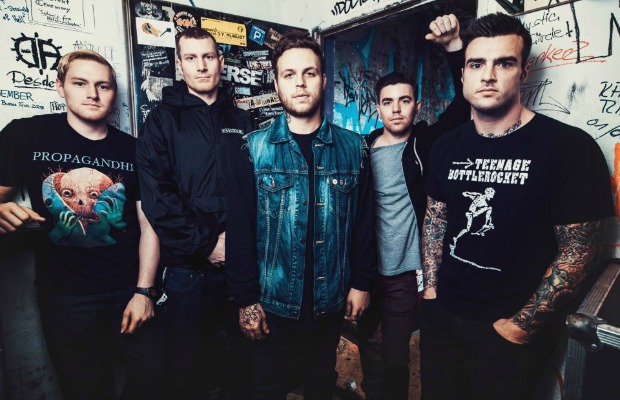 Stick To Your Guns want you! To appear in their new music video for “Nobody,” that is. It's destined for their to-be-announced album recorded with producer John Feldmann (The Used, We Came As Romans).

“I never felt like I belonged to anything until finding punk and hardcore music,” says frontman Jesse Barnett. “After starting STYG and seeing kids scream our words back at us, I realized our songs resonated with them and they felt just like I did. This song is for us; the losers, the fuck-ups and the outcasts. The nobodies. Looked past and picked last. Come join us and have some fun.”

Filming will take place on Tuesday, August 19 at the Observatory (3503 S. Harbor Blvd in Santa Ana, CA) from 5:30 pm until 9 pm. The first 500 participants will receive a free limited edition collectors item. For those under 18: e-mail [email protected] for a copy of the waiver that will need to be returned by August 18.

Max Moore will be directing the madness—remember that name. Moore's already made videos with Of Mice & Men, Code Orange, Harm's Way, Polar Bear Club, Perma, Fireworks and Into It. Over It. Not bad!