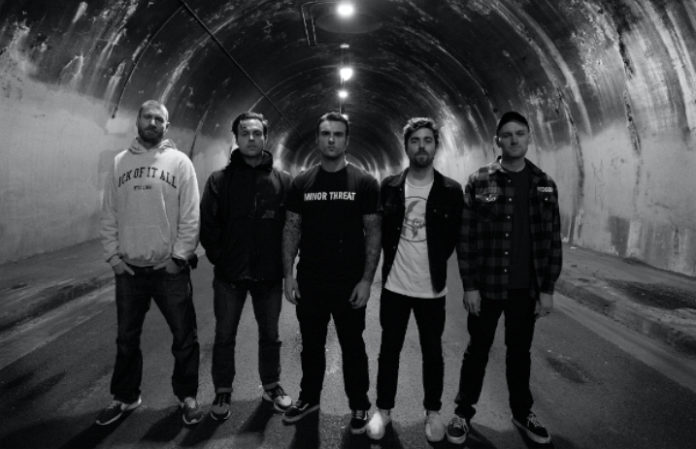 Stick To Your Guns have announced their new album, True View, set to make its debut Oct. 13 via Pure Noise.

In addition to that exciting announcement, the band have released an evocative new track, “The Sun, The Moon, The Truth: Penance of Self,” which you can listen to below!

Read more: Stick To Your Guns are the first American hardcore band to play in Kenya—see videos and photos

The band's new track is all about embracing honesty with oneself.

“Something I see in a lot of people, including almost everyone of my peers, is the inability to be honest with oneself,” singer Jesse Barnett says about the song. “Everyone thinks they're right. Everyone can't seem to get a grip on the reality of being self-aware. I was this way and I'm sure I still can be. I was an incredibly selfish person who did whatever I felt like doing. I would leave a trail of destruction everywhere I went and my loved ones would always give me the pass — 'Oh well, that's Jesse.'

“I came to a point where I realized no one is going to keep me accountable for my actions but myself. I lost some of the most important things in my life these last few years and I had nowhere left to hide. I had to face my fire. I had to finally, for fucking once, live with the hurt I created. I had to own my mistakes and it's been the heaviest weight I've ever had to carry.”

The album as a whole is filled with this kind of insightful impact, guitarist Josh James explains.

“I really wanted to intentionally create an album that sonically reflects the feeling of modern life: depression, anger, fear, hope, happiness, forgiveness and clarity. A feeling of breaking through the dark shit in life and the journey of the struggle that ends up elevating you to a new, smarter, stronger, better version of yourself,” James says.

The band will embark on a True View tour following the album's release, and those dates are set to be revealed soon.

Listen to “The Sun, The Moon, The Truth: Penance of Self” here:

Check out the album’s track listing and album artwork below. It’s available for preorder here.

How excited are you for a new album from Stick To Your Guns? Let us know in the comments below!

Watch more: Getting inked with Stick To Your Guns