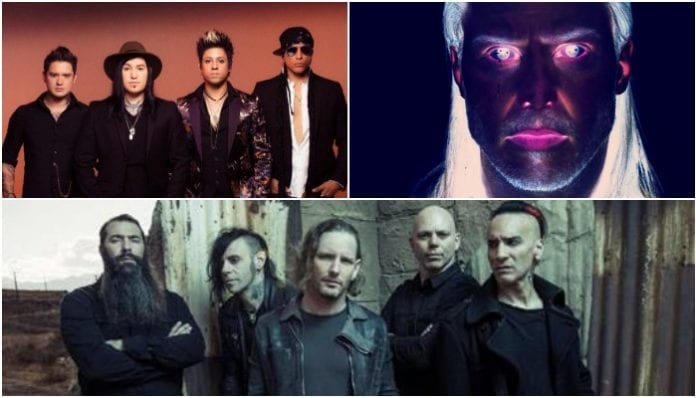 Watch a new video from Stone Sour—plus, don’t miss Andrew W.K.‘s new video. Check out the news you might have missed today below!

Stone Sour have shared a video for their acoustic take on “Mercy.” The track comes from the band’s deluxe edition of HYDROGRAD, out now. You can purchase your copy of it here.

The band is currently on the road supporting Ozzy Osbourne on his “No More Tours 2” headlining run. The cross-country trek will run through Oct. 13. You can see the full list of cities and dates here.

To celebrate the release of their fourth studio album, Proper Dose, the Story So Far has announced a few in-store performances. To attend any of the performances, all you have to do is pre-order the band’s album. You can do so by going here.

The shows are at a first come-first serve basis, so you’ll want to be sure you get to the record shops early! Check out the full list of dates below!

Back in March, Andrew W.K. released his first album in more than a decade, and today, he dropped a music video for the title track of the album, You’re Not Alone. You can purchase your copy of it here.

Andrew W.K. is currently on his second U.S. tour behind You’re Not Alone. You can purchase your tickets, and check out the full list of cities and dates, by going here.

Stand Atlantic have officially signed to Hopeless Records, and to celebrate, the band dropped a music video for their track “Lavender Bones.”

The track is taken from the band’s forthcoming album, Skinny Dipping, out Oct. 26. You can pre-order your copy of it here.

5. Escape The Fate drop powerful new video for “I Am Human”

Partnering with Cinebody, Escape The Fate have shared a powerful new video for their track “I Am Human,” which is taken from their album under the same name. You can purchase your copy of it here.

Additionally, Escape The Fate will be hitting the road on a co-headlining run with Slaves, with support from Famous Last Words, Picturesque, Set To Stun. To check out the full list of cities and dates, and to purchase your tickets, you can go here.

Watch more: Chris Motionless on Misconceptions of MIW, the Follow Up to “Graveyard Shift,” and More