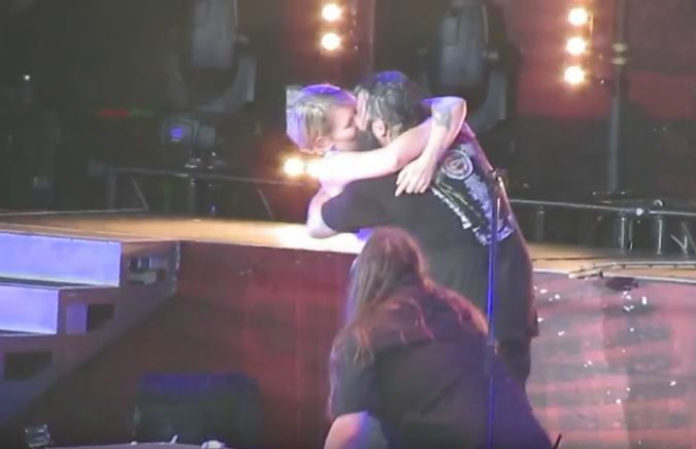 Proposals on stage might be one of our favorite things which is why we can't stop watching this video of Stone Sour bassist Johnny Chow proposing on stage.

Read more: This music festival marriage proposal isn’t like any you’ve seen before

It looks like Chow took some notes after watching a fan propose at a Stone Sour meet and greet just a week ago.

Chow's proposal happened during the band's set in Toronto. Check it out below!

Nothing like having the girl of your dreams say yes while the crowd cheers you on, right? We definitely send the happy couple our congratulations!

“We're blown away by the reception of the album, especially balancing albums sold with our surge in streams” said frontman Corey Taylor. “We poured our hearts into this—the proof is in the pudding, so to speak. The response tells us two things: people love the songs, and rock is far from dead. Our thanks to all the fans and keep spreading the word! We'll see you all soon!”

What are your thoughts on this adorable proposal? Let us know in the comments below!