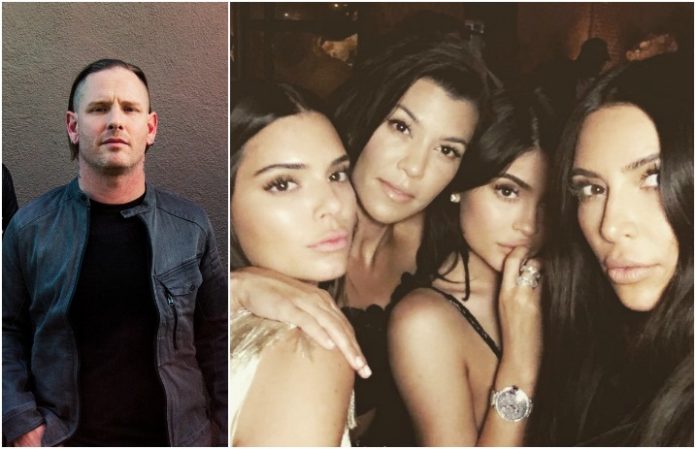 Stone Sour's Corey Taylor is opening up about the evidently irate inspiration behind the band's Hydrograd single “Fabuless.” The thorn in Taylor's side as suggested in the song? Apparently, it was none other than the Kardashians!

Read more: Slayer's Gary Holt has some strong words for the Kardashians

In a recent video chat with AMBY (see below), interviewer Alicia Atout questions Taylor on the “cutthroat” quality of “Fabuless,” prompting the Stone Sour frontman to disclose the source material that propelled the tune's livid lines. It would appear that Taylor was pretty pissed at TV's Keeping Up With The Kardashians when composing the song! (transcription via Ultimate Guitar)

“God, there are so many shows that fill me with so much hate and anger,” says Taylor. “It's why I try not to watch too much television anymore. But, obviously, the one that ['Fabuless'] is really aimed towards is The Kardashians.”

Upon the release of “Fabuless” this past spring, Taylor revealed to Loudwire that the single was pointing a finger at “reality television people” who are “famous for nothing.” Now, the musician is singling out the socialite family of Kim Kardashian and the Jenner sisters as the literal catalyst for “Fabuless.”

“It's story of being famous for nothing,” Taylor continues in the AMBY interview, going on to mention Kim Kardashian's late father (and O.J. Simpson defense attorney), Robert Kardashian. “Name one thing that those people on that show did. Their father did something. But they, themselves—not even close.”

“It's the new celebrity, the Tupperware celebrity,” adds Taylor of the Kardashian clan. “They look great but on the inside, there's nothing there.”

What do you think of Taylor's admission on the inspiration of Hydrograd's “Fabuless”? Do you agree with the Stone Sour and Slipknot singer's take on the Kardashian family being “famous for nothing”? Sound off in the comments!