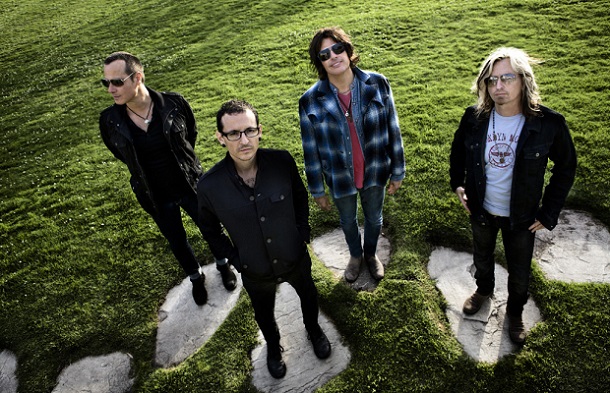 Linkin Park's Chester Bennington—who joined Stone Temple Pilots in 2013—says that when he became a member, the band thoroughly considered changing their name, (via Blabbermouth).

“We did talk about maybe changing the name of the band, and just doing something new,” he shares. “Honestly, my thing was like, why give up what you guys have worked so hard on? This is your legacy, you don't have to give it up just because one person didn't do things the way that everybody wanted them to go, didn't do things everybody planned. We should be able to move forward.”

You can watch the full interview in which Chester divulged the information below.

STP released their debut EP with the Linkin Park frontman in 2013. A full-length effort is expected to be out later this year.