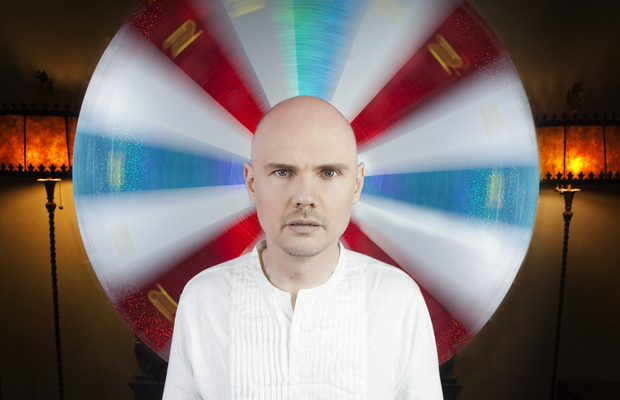 Smashing Pumpkins frontman Billy Corgan was brought into the media spotlight again when he wrote an open letter to the CEO of California Pizza Kitchen on May 13, 2013. While he isn't bashing the pizza, he is urging the company to stop the mutilation of calves horns. In his letter, he asked the restaurant to have their cheese suppliers to stop the processes “disbudding” and “dehorning” calves. Teaming up with PETA, Corgan said he has seen the videos and photos of PETA's investigation of the procedures. He asked for farmers to “phase out” the process:

“I have viewed the photos and watched PETA's investigative video of these procedures, and I was appalled to see young calves who struggled and writhed in pain as searing hot irons burned their heads. The industry has noted that the burns are so severe that they may damage the underlying bone. Other practices, which include using caustic chemicals to eat away at the horn-bud flesh via a chemical burn, are no better. … I strongly urge you to take immediate action to stop this unspeakable barbarism by requiring your suppliers to phase out dehorning.”

California Pizza Kitchen has not put out a statement addressing the alleged issue or Corgan's letter, which is shown below. Check out PETA's website for updates.