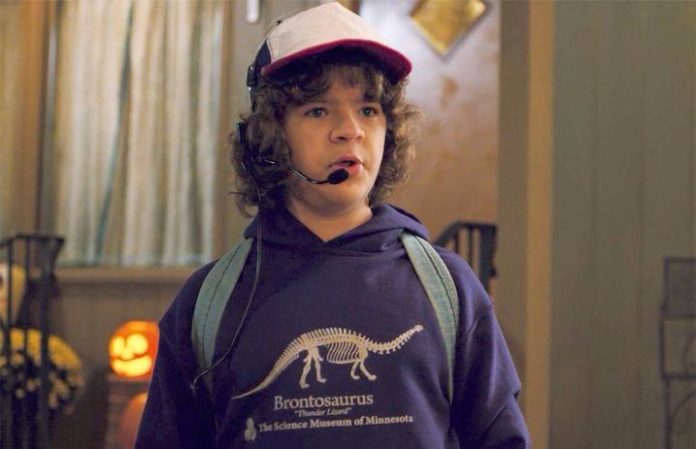 The new season of Stranger Things is arriving soon, but one of the show’s stars has announced a new Netflix project.

According to the Hollywood Reporter, Gaten Matarazzo, who plays the role of Dustin Henderson, will be hosting and executively producing a new show called Prank Encounters.

The show will have a hidden-camera style and is premiering later this year.

Who is ready for my new show with @netflix!? So excited for you to see Prank Encounters!

Netflix are describing the show as a “terrifying and hilarious prank show” taking two strangers who think they’re starting their first day at a new job.

This show is not a good idea and kinda makes me glad that I will be canceling my subscription. Why do such a mean spirited show? ⚡️ “Netflix orders show Prank Encounters with Stranger Things’ Gaten Matarazzo”https://t.co/Oo7Cs43t7q

The show has also collaborated with a number of different brands lately, including H&M, Nike and Burger King. The latest collab sees Burger King selling their Whopper in ’80s style packaging and, of course, serving it upside down.

What do you think of Gaten Matarazzo’s new Netflix prank show? Let us know in the comments below.