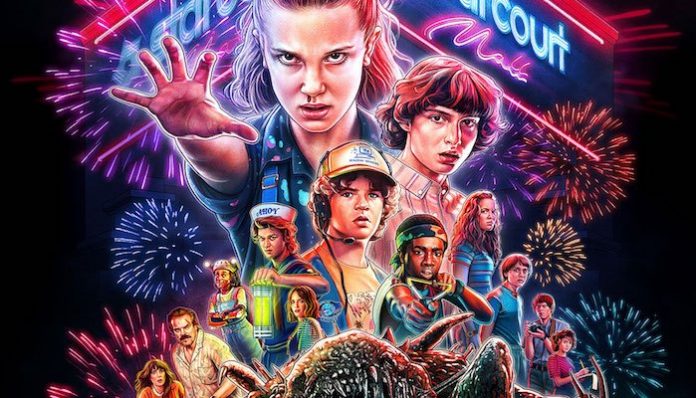 Stranger Things recently grabbed a spot as one of Google’s most searched queries, and now Spotify is showing their support for the Netflix series in their own way.

In case you somehow missed it, the music streaming service dropped their biggest campaign Spotify Wrapped last week. They later released their “Best of Spotify” playlists, and continue to share tidbits around the years end in music.

Read more: 10 Myspace era songs that are impossible not to sing along with

For example, Spotify shared their ideas of what certain Stranger Things characters own Wrappeds would have looked like.

Apparently, Eleven is a Misfits fan, is all about Power Pop and characteristically streamed 11,011 minutes of music.

Lucas’ top artist happens to be one of our favorites, The Dangerous Summer, and jammed to quite a bit of 80’s Rock.

Dustin is into soundtracks, streamed artists like We Are Scientists and The Romantics, and streamed roughly 662,607 minutes of music. He was quite the listener since that transfers to about 460 days, way more than an average year.

Last, but most certainly least is Mike, who listened to some serious rock artists like KISS and My Bloody Valentine. It makes sense considering the actor who plays him, Finn Wolfhard, was once in rock band Calpurnia, and recently announced his new band, the Aubreys.

Spotify tweeted out pictures of what some of the Spotify Wrapped cards looked like, check them out below.

We journeyed to the Upside Down to make #SpotifyWrapped cards for the @stranger_things gang. Check out these jams from Eleven, Dustin, Mike, and Lucas. https://t.co/GjuDHiHMf5 pic.twitter.com/YXWobPPBD9

Hopefully, they hear back from the young actor soon.

When Stranger Things dropped their latest season earlier in the year, actress Maya Hawke captured everyone’s attention with her role as Robin and it looks like she’ll be returning to the series.

Over the Thanksgiving holiday, the official Stranger Things writer’s Twitter account let it slip and quickly deleted a reply that seems to confirm Robin’s return.

Someone tweeted at the writers to find out their favorite line from the character and they replied saying “also a season 4 line so you’re going to have to wait to get that answer.”

Luckily, despite the account deleting the tweet Bloody Disgusting got a screencap which you can see here.

What are your thought’s on the Stranger’s Things characters Spotify Wrappeds? Let us know in the comments below!