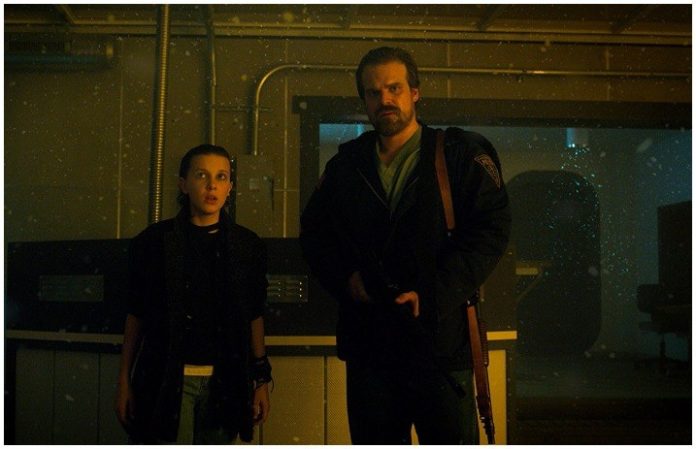 Harbour revealed in an interview with Collider that filming for Stranger Things season 3 would begin sometime this spring. Harbour told the website that while he’s not 100 percent sure when filming is supposed to start, the actor has heard rumors that “it’s supposed to be March or April, but I don’t have confirmation.”

Even though we have to be patient for more details about the upcoming season, we can rejoice in the fact that once they start filming, we’ll be that much closer to binge-watching it.

The new season was officially confirmed late last year, and everyone’s ready for more, and there are already speculations about what'll happen in Season 3. There might even be some hints from the writers and cast members… See everything we know so far here. (One thing we can expect? More ‘80s references. Heck yes.)

We shouldn't be surprised it's getting renewed. The first episode of Season 2 averaged a whopping 15.8 million viewers within the first three days. Not to mention, 361,000 people watched all nine episodes of the season within the first 24 hours of its release… That might have been us. We have no shame.