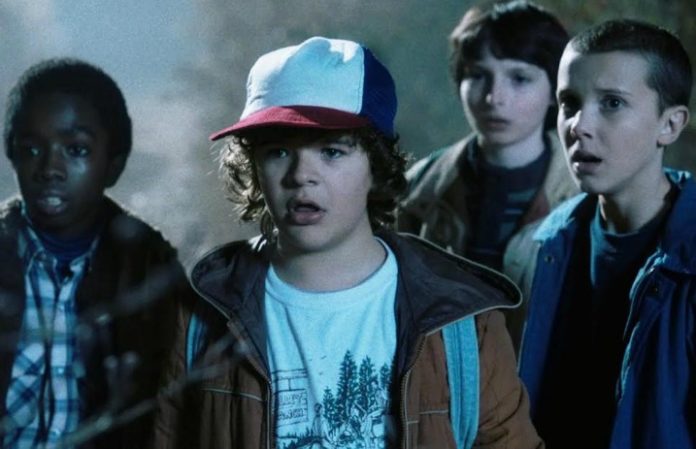 It looks like it won’t be as easy for you to visit the Upside Down anymore—at least you won’t be able to do so at the Stranger Things bar in Chicago.

The Stranger Things-themed pop-up bar served drinks including “Eleven’s Eggos” and is dressed up with décor that looks just like what you’d see in the show—Christmas-light alphabet and all, according to Variety.

The trouble? They didn’t actually ask Netflix for permission to use the likeness of the show in the pop-up, and Netflix sent a properly geeky letter to let the pop-up know that the hit destination would have to shut down after its six-week run.

“Unless I’m living in the Upside Down, I don’t think we did a deal with you for this pop-up,” the letter from Netflix reads, Variety reports. “You’re obviously creative types, so I’m sure you can appreciate that it’s important to us to have a say in how our fans encounter the worlds we build.”

They continue to say: “We’re not going to go full Dr. Brenner on you, but we ask that you please (1) not extend the pop-up beyond its 6 week run ending in September, and (2) reach out to us for permission if you plan to do something like this again.”

According to DNAinfo, it’s become one of the hottest bars in town, and if the show would let them keep the bar open, they’d love to do so.

“If Netflix were OK with us running The Upside Down project through the season two premiere & the Halloween weekend we would most definitely have continued this incredible party a little bit longer!” manager Jared Saul told DNAinfo.

The bar will remain open through Oct. 1, according to DNAinfo.

What are your thoughts on the sticky Stranger Things situation? Let us know in the comments below!