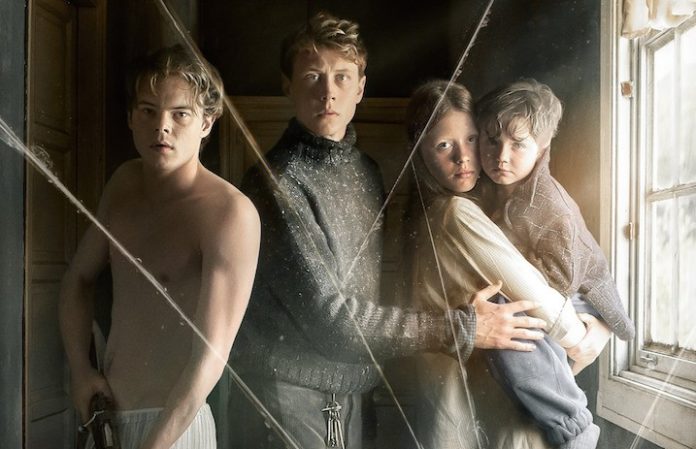 While you're waiting to revisit the Upside Down in the anticipated Season 3 of Stranger Things, give yourself a good scare with the new trailer for Marrowbone, an upcoming horror film starring the popular Netflix show's own Charlie Heaton (Jonathan Byers). Check it out below.

Read more: 'Stranger Things 3': What we know so far

The psychological thriller—also starring Mia Goth, George MacKay and Matthew Stagg—is out in theaters and on demand Friday, April 13 (yikes!), as reported by Bustle. From the looks of the creepy trailer, it seems the flick centers around a family being haunted by a monster living on their farm. And while the preview plays its cards pretty close to the chest, this movie creature could potentially be scarier than a Demogorgon. We know we're freaked out!

The film's synopsis reads, “A young man and his three younger siblings, who have kept secret the death of their beloved mother in order to remain together, are plagued by a sinister presence in the sprawling manor in which they live.”