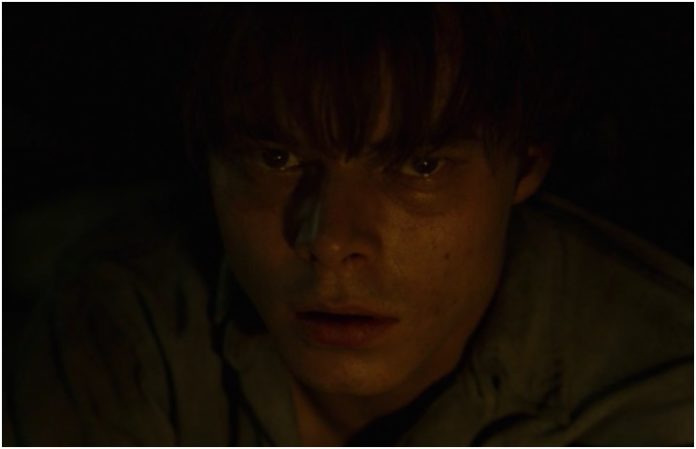 It's no secret that we're all anxiously awaiting Stranger Things Season 3 to make its way onto Netflix. While we wait, we suppose it wouldn't hurt to indulge ourselves with some other projects that the show's stars are taking on.

Last month, we got to see a seriously terrifying trailer for Charlie Heaton's new horror film, Marrowbone, and it shows that even when Heaton isn't battling monsters from the Upside Down as Jonathan Byers, he's battling some unknown, and scary, monster in his home.

The film, also starring Mia Goth, George MacKay and Matthew Stagg, looks to be pretty scary, and judging from its synopsis, we're so ready (eh, OK, maybe not so ready) to watch the new horror flick.

The film's synopsis reads: “A young man and his three younger siblings, who have kept secret the death of their beloved mother in order to remain together, are plagued by a sinister presence in the sprawling manor in which they live.”

Entertainment Weekly dropped an exclusive new clip, showing that maybe Demogorgon's aren't so bad after all. The clip is seriously intense, and it has us at the edge of our seats.

The clip starts off with Heaton alone in a pitch black room, with the only source of light coming from a match, as he finds a locked box. Grabbing the box and going, his plans to leave the dark room are put on hold when he looks back to see a figure behind him. What happens next is pretty intense, and we don't want to spoil anything—especially because we may have panicked halfway through and are curious if you do too.

Check out the clip below!

Be sure to catch Marrowbone when it hits theaters April 13.