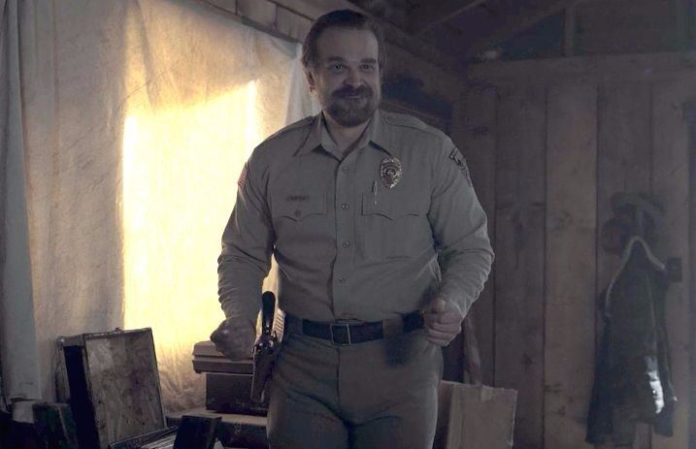 There’s no denying that Chief Jim Hopper—aka actor David Harbour—is one of our favorite characters of Stranger Things Season 2, so it should come as no surprise that he received a Golden Globe nomination for best supporting actor in a television series.

Read more: ‘Stranger Things’ Season 3: Everything we know so far

Harbour took to Twitter to share a heartfelt response to his nomination, thanking his costars, writers and directors who continue to inspire him on a daily basis.

*breaks out the tissues*

Read his whole note below:

I had to go even longer than 280. If you don’t like reading, the gist is, thanks a bunch @goldenglobes for the nom.���� pic.twitter.com/xVVqWgj2k5

And, of course, if he wins, he has to make it special. What does that mean? He’ll be breaking out the amazingly iconic Hopper dance, and we are LIVING for it.

Not to mention, his fellow Stranger Things actors have shared some lovely responses to his nomination, and our hearts are just so full.

To our very own hero, congrats! We are in awe of you everyday of filming #goldenglobenominee #strangerthings So proud to be a part of this group, my other family ❤️❤️

Congrats to @netflix chief law enforcement officer and to the republic of @strangerthingstv for which he stands. Thank you @goldenglobes and the HFPA. Love you David!

We’re sending those good luck vibes until he gets to make those moves on stage at the Golden Globes. (!!!)

What are your thoughts on Harbour’s Golden Globe nom? Let us know in the comments below!