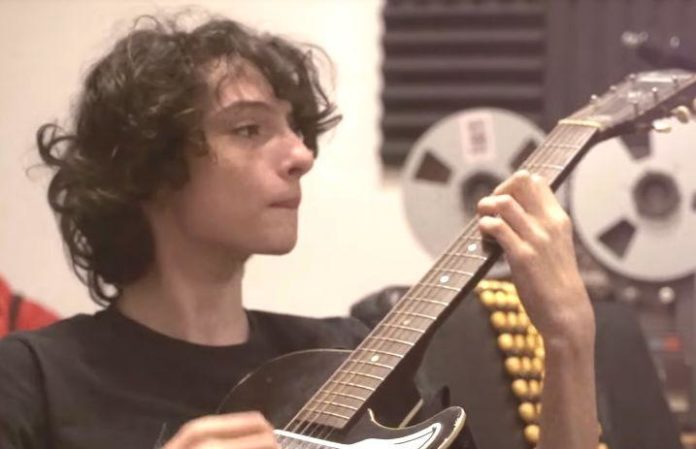 There's no denying that the Stranger Things kids are talented at literally everything they do. And today, Finn Wolfhard's band, Calpurnia, shared their debut single, “City Boy.”

The video features behind-the-scenes footage of the band in he studio working on their debut EP, which was recorded in Chicago this past November.

“It was kind of destined to be,” singer-guitarist Wolfhard says of the indie-rock foursome. “We all just really clicked. And when I'm passionate about something, I like to get it done as quickly as I can. There's not a lot of wasting time. I love just going for it. Go big or go home.”

Listen to “City Boy” below:

The band are set to release their self-titled debut EP via Royal Mountain Records this spring, with summer touring in support of the release to come.

And he’s not the only Stranger Things actor with some serious vocal power. Steve Harrington aka Joe Keery was in the psych rock band Post Animal, who recently announced their forthcoming debut album, When I Think Of You In A Castle. Plus, Gaten Matarazzo (aka Dustin) is proving his musical chops in his band, Work In Progress, who covered Fall Out Boy, Paramore and more.