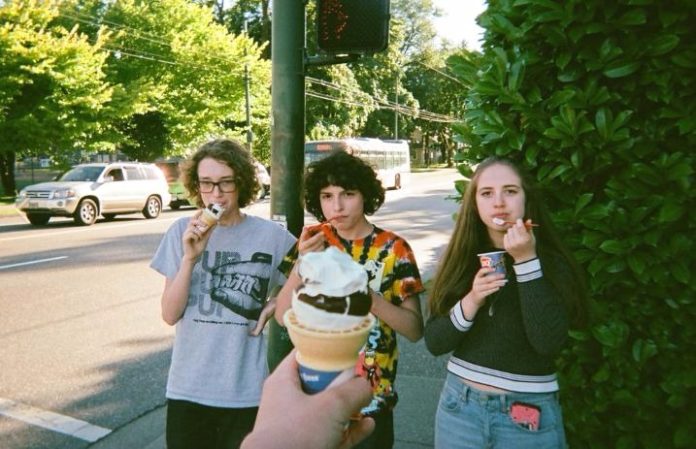 Finn Wolfhard of Stranger Things is clearly a kid with so many talents. Not only can he act, but he proved his singing chops in a live-action Willy Wonka production and joined SWMRS on-stage in NYC. (You can watch that video below!)

And if you didn’t know, the actor also fronts a band, Calpurnia, and they’re recording their debut EP.

Of course, the band had to tease that they’re headed into the studio, too.

Wolfhard talked previously about what’s influenced him most, and those appearances in the PUP music videos for “SLEEP IN THE HEAT” and “GUILT TRIP” are huge.

“If I hadn’t done the PUP video, I probably wouldn’t be playing music right now. PUP is probably the most influential band in the last 10 years of my life—them and the Beatles,” Wolfhard tells Now Toronto.

“Once you listen to them, [you discover] so many other bands in that genre. PUP introduced me to so much more amazing music. They really shaped my sound.”

We’re just stoked to give their EP a listen. Hear them covering Twin Peaks' “Wanted You” below!

How excited are you for music from Calpurnia? Let us know in the comments!