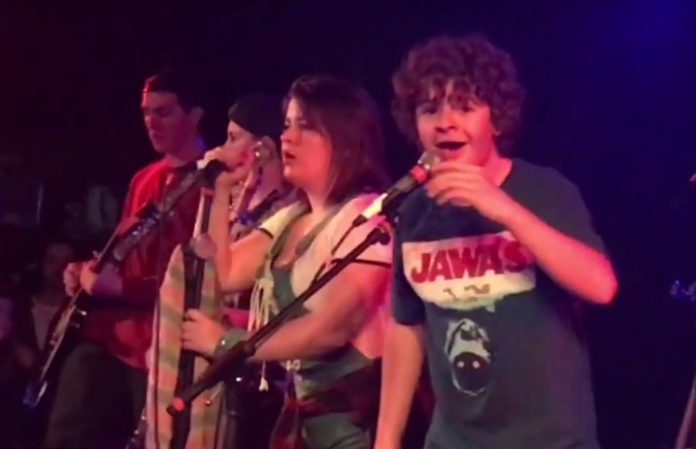 Stranger Things star Gaten Matarazzo's (aka Dustin) band Work In Progress performed last night in New Jersey. We'd say it was a pretty great night as they played some epic covers of Fall Out Boy, Paramore, Foo Fighters and more. Check out the performances below.

Read more: Stranger Things’ Gaten Matarazzo is in a band

The New Jersey six-piece's gig took place at the Stone Pony in Asbury Park, NJ. Throughout the night they performed a variety of covers including “Sugar We're Going Down,” “Misery Business” and “Everlong.” Both the band and the crowd seemed to be having a great time jumping around and singing along.

Matarazzo's not the only Stranger Things actor with some serious vocal power. Dustin’s Season 2 BFF Steve Harrington aka Joe Keery was in the psych rock band Post Animal. Plus, Finn Wolfhard fronts a band called Calpurnia and recently joined SWMRS onstage for an epic performance earlier this year.

What do you think of Work In Progress' covers? Let us know in the comments!