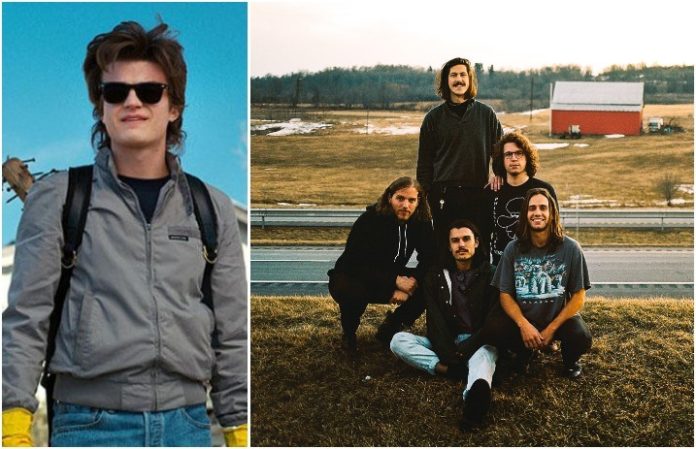 One of our favorite Stranger Things stars Joe Keery has proved his acting chops—and he's got a pretty impressive set of musical skills, too. He sings and plays guitar in Chicago's neo-psych rock band Post Animal, and today, they announced their forthcoming debut album, When I Think Of You In A Castle.

Not to mention, they released the album's debut single, “Ralphie,” featuring Keery on vocals.

“Before this album, we weren't sure what the future of the band was going to look like. I was considering moving to Los Angeles and Joe [Keery] was off filming Stranger Things. We didn't know where we were all going but we knew we wanted to make an album with all of us in the same room,” explains drummer Wesley Toledo.

Give “Ralphie” a listen below:

Plus, Post Animal released a statement regarding Keery's role in the band, which you can read below. Though he is no longer an active touring member of the band, they plan to “create more magic with him in the future.”

In early 2015, Joe joined our band and quickly became one of our best friends. He’s played a vital role in Post Animal and the creation of every musical release we’ve had or planned thus far, including his vocals and guitar work on When I Think Of You In A Castle. It comes as no surprise that our incredibly talented Joe has found success in other artistic endeavors, and for that reason he is no longer an active touring member of Post Animal. We plan to create more magic with him in the future as our fondness for musical collaboration remains strong.

On that note, we hope you enjoy “Ralphie,” and we are excited to share more music with you in the coming months.