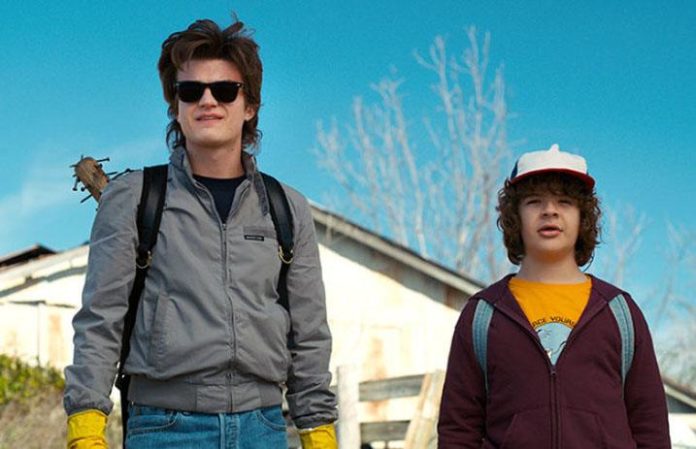 Joe Keery plays the beloved Steve Harrington in Stranger Things, and he also used to play guitar in the band Post Animal.

In a new interview with Bustle, Keery opens up about the sudden fame that's come about with the show, and how that fame has affected his ability to tour and collaborate with his band, Post Animal.

Being based in Los Angeles and filming with the rest of the Stranger Things cast, Keery explains that he hasn't been able work with the members of the Chicago-based band. There are obvious “scheduling conflicts and missed touring opportunities,” which only makes sense.

But even moreso, he wants the band to be noticed for the talent and hard-work and less for simply being the band with a star from a hit TV show.

“It’s important to disassociate Steve from Stranger Things to the band because I think it will eventually hurt the band,” he tells the entertainment source. “Those guys are such talented musicians… I think it's important that they're hitting the pavement for a while and making a name for themselves and it's not necessarily associated with Stranger Things.”

Of course, there's hope for the band to get back together—”It’s just about finding the time.”

And he’s not the only Stranger Things actor with some serious musical ability. Steve's Season 2 BFF Dustin aka Gaten Matarazzo is in the band Work In Progress, who just so happened to cover Fall Out Boy, Paramore and more. Plus, Finn Wolfhard fronts a band called Calpurnia and last year joined SWMRS onstage for an epic performance .

If anything's clear, it's that this cast has lots of talent—and we love seeing 'em use it.