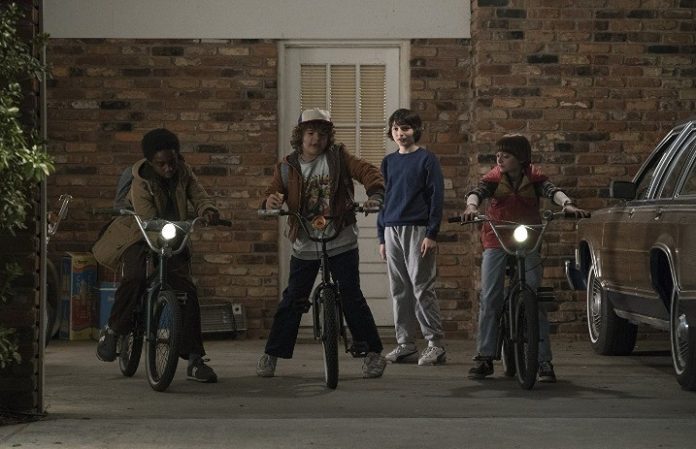 We may still be recovering from the ups and downs of Season 2 of Stranger Things, but that doesn't mean we haven't been anxiously awaiting the news that production of Season 3 has started.

Well, get ready Stranger Things fans. It looks like our faves are finally back in Hawkins.

Earlier today, the official Twitter account for the series posted a behind-the-scenes video of the cast sitting down to do their first official table read for the upcoming season. With the caption of “back at it, nerds,” fans can officially celebrate the production of the long-awaited third season of Stranger Things.

back at it, nerds. pic.twitter.com/DEkG0Ng5b1

We're now getting to see the old, and new, faces that will be thrown into the Hawkins madness, and we seriously can't wait to see what's next. It doesn't look like we're alone, either. The cast shared their reactions of the table reading as well:

There's not a whole lot of information regarding the show's third season, but we do know that the cast will be adding three new characters into the Hawkins mix—an “alternative girl,” Cary Elwes playing the Hawkins mayor, a “handsome, slick and sleazy” '80s politician and Jake Busey playing a local journalist with “questionable morals.”