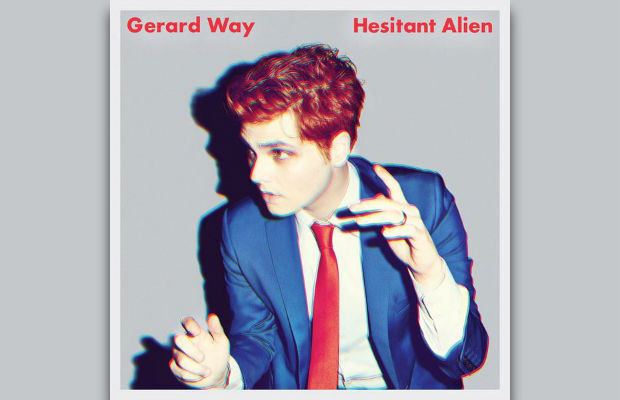 Gerard Way is streaming his debut solo album Hesitant Alien now via SoundCloud. The much-anticipated work is set for release next Tuesday, September 30 on Warner Bros. Records. Listen to it below and let us know what you think.  Do you agree with our 4/5-star review of the album?

Today has been a particularly exciting day for Way as we recently caught wind that he's filming a music video for “Millions” in addition to streaming the album now.

Some fun facts about Hesitant Alien while you listen:
• “Zero Zero” was released as a demo on Gerard's DannyTheStreet SoundCloud account way back in 2012. One line has changed from the demo version to the final one. Listen for “They keep my DNA/Down by the record station” toward the end of the song.
•“How It's Going To Be” is the only song Way hasn't played live yet.
•“Millions“ first appeared online after it was played at Way's panel with Grant Morrison at GRAPHIC Sydney last year and bootlegged by a fan.
•“Brother” was identified as “Casting Shadows” on the initial tracklisting released for the album.
•“No Shows” is Way's current favorite song from the album.
•“Maya The Psychic” is in-part about mental illness.
•“Juarez” will be making an appearance on our “best songs of September” list to be published tomorrow.