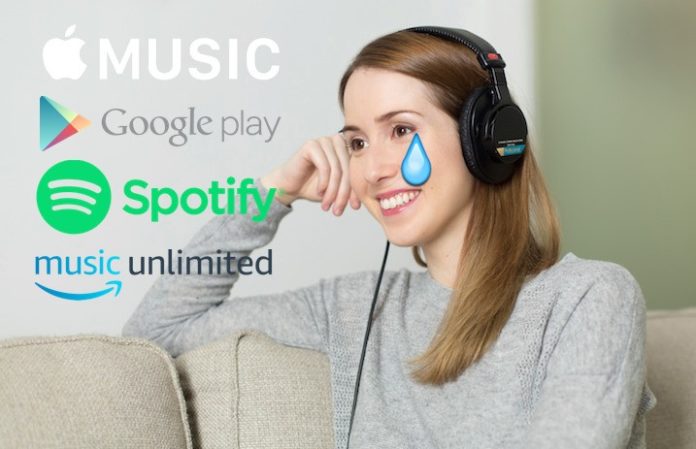 Pretty much everyone knows that musicians get cents on the dollar—if they're lucky—when their songs are streamed on music services. But did you know that even the streaming services themselves aren't making any money? Yup, apparently that's the word, according to Apple Music head Jimmy Iovine.

Read more: Spotify eerily knows what music you liked as a teen

As noted by Consequence Of Sound, a 50% increase in paid streaming subscriptions offered a boost in the first half of 2017. Still, Iovine says the margins are too thin for streaming to succeed—except for large companies like Apple or Amazon, who don't rely on streaming as their sole product.

“Amazon sells Prime; Apple sells [iPhones] and iPads,” he says. “Spotify, they're going to have to figure out a way to get that audience to buy something.”

The Apple Music leader and former record executive laments when artists' back catalogs are dropped from streaming services after contracts expire, and he talks about his hope for original content on streaming services (similar to Netflix) paving the way forward for the streaming industry.

“Technology's position in life, to me, is like medicine. It's like science: See a problem, fix it. Don't think about what it does to anything else,” says Iovine. “The record industry doesn't know where technology is gonna go.

“These are issues that the record industry has to deal with, and I don't know if they're dealing with it,” he adds. “It's not my job.”