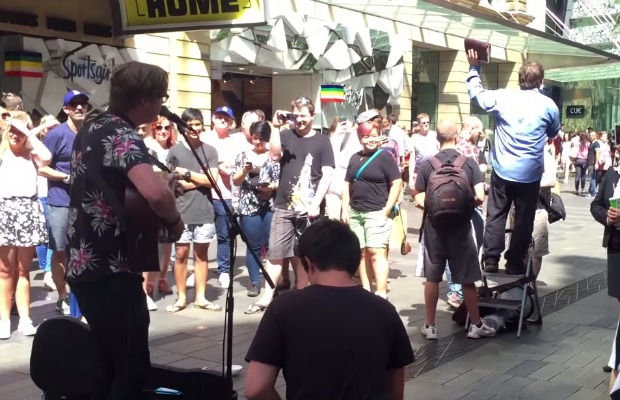 During Sydney’s Mardi Gras parade on Saturday, singer/guitarist Axel Winter used the power of music to silence a homophobic preacher. According to Winter, he “tried to yell hateful, religiously inspired things about gay people in Pitt Street Mall.”

Winter rounded up a band and covered Cyndi Lauper’s “Girls Just Want To Have Fun,” with the crowd cheering and singing along. It worked: The preacher eventually left, defeated.

“This is a video of myself and some friends playing against a negative preacher who was spreading anti gay propaganda on Mardi Gras day in Pitt Street mall. Everyone joined together to celebrate diversity and equality, eventually forcing the man to leave.”