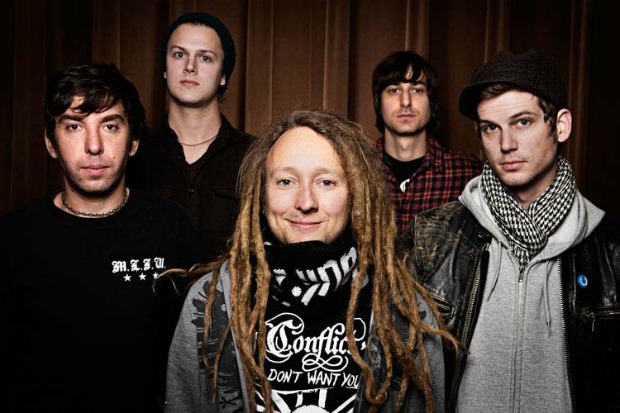 Strike Anywhere will release a new live acoustic record titled In Defiance Of Empty Time on Aug. 14 via Bridge Nine Records. The release will compile a pair of acoustic sets from the band recorded in Rochester, New York and their hometown of Richmond, Virginia.

Check out the track listing below. The band will also soon head to Australia for a tour with Anti-Flag and the Flatliners; those dates are below as well.

IN DEFIANCE OF EMPTY TIMES TRACK LIST:
SIDE ROCHESTER
We Amplify/Blaze
Infared
Hollywood Cemetery
I'm Your Opposite Number
Chorus of One
Postcards from Home