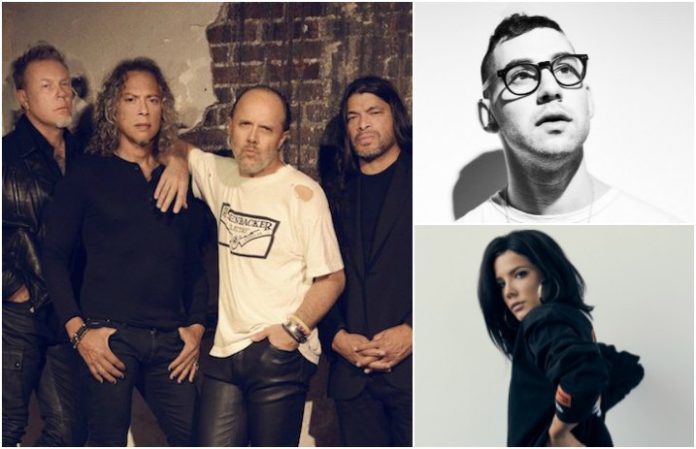 Metallica, Halsey, Bleachers, Nirvana bassist Krist Novoselic and more are set to be a part of the mental health awareness and suicide prevention campaign, “I’m Listening,” as Rolling Stone reports.

The campaign, organized by Entercom, focuses on breaking the stigma attached to talking about about mental health.

The radio program will be live at 10 a.m. ET on Sept. 10 for a two-hour, commercial-free live broadcast, featuring personal stories and a call-in number during the show so listeners can share how they’ve been impacted by suicide.

Rolling Stone shared that other artists involved in the campaign include Alice In Chain’s William DuVall, Khalid and Logic, whose song “1-800-273-8255” talks about the rapper's own struggles with depression and suicidal thoughts, reportedly prompted a 50-percent uptick in calls to suicide prevention hotlines after his live performance of the song at the VMAs.

During the radio program, artists will share personal stories about their own struggles with mental health and offer resources to listeners, as Rolling Stone explains, featuring tips on how to talk to loved ones about mental health and how to get involved in suicide prevention efforts on their own.

What are your thoughts on the important campaign? Let us know in the comments below.