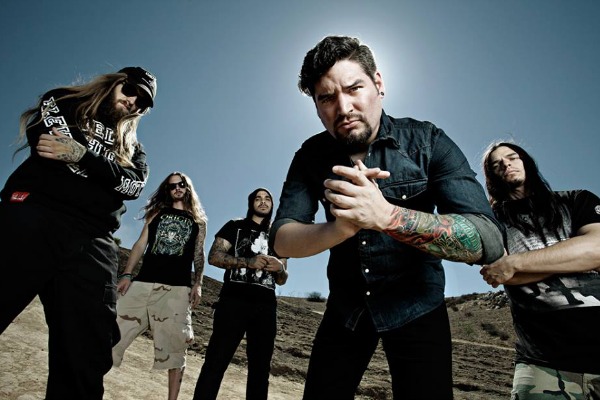 Suicide Silence have posted a video update filmed during the band’s performance in Perth, Australia. In the video, new frontman Eddie Hermida gets pretty up close and personal with the crowd, who seem to accept Lucker’s replacement with open arms.

The band’s DVD tribute to Mitch Lucker, Ending Is The Beginning, is out now in North America and March 17 in Europe. They have released quite a few segments of the DVD: a half-hour Mitch Lucker documentary, as well as videos of them performing “Unanswered” with Phil Bozeman of Whitechapel, “You Only Live Once” with Randy Blythe of Lamb Of God and “OCD” with previous AP cover star Austin Carlile (Of Mice & Men).

Watch the video update below: