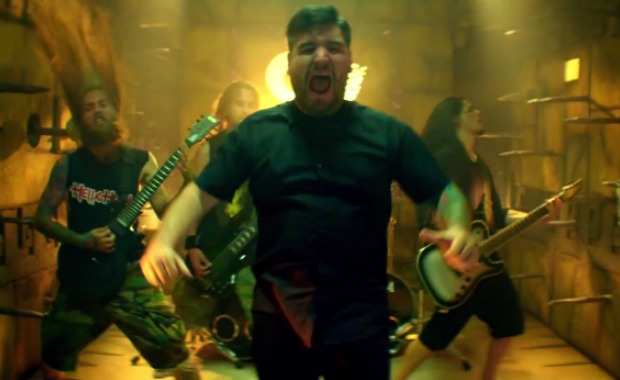 Suicide Silence have released a new music video for the song “You Can’t Stop Me.” The track is taken from the band’s upcoming fourth studio album of the same name, which will be released on July 15 via Nuclear Blast Records. Watch the video below, and let us know your thoughts.

You Can’t Stop Me is the band’s first record to feature vocalist Eddie Hermida, who serves as the replacement for the late Mitch Lucker. So far, the group have released two other tracks from the album—“Cease To Exist” and “Don’t Die.” Additionally, the band have released a full album teaser.